Information about the Kiel Fjord

Kiel Fjord – An approximately 17 km long, narrow fjord on the Baltic Sea, which extends from its southern end, the Kiel Hörn next to the city center of Kiel, to the outer fjord and merges into the Kiel Bay.

At Falckenstein Beach , the “Friedrichsorter Enge”, the fjord, which forms a natural deep-water harbour, is only 1 km wide and was formerly secured by Friedrichsort Fortress. The Friedrichsort lighthouse is also located here.

At Neumühlen-Dietrichsdorf on the east bank, the river Schwentine flows into the fjord. In Kiel-Holtenau on the west bank are the locks of the Kiel Canal (NOK; international name Kiel Canal, until 1948 in Germany Kaiser Wilhelm Canal). There is always lively shipping traffic on the Kiel Fjord: you can see, among other things, merchant ships that pass through the Kiel Canal, car and passenger ferries to and from Scandinavia (Stena Line and Color Line), ferries operated by the SFK (tug and ferry company Kiel), sailing and motor boats, naval ships in Tirpitzhafen Kiel and much more.

On the western shore of the Kiel Fjord stretches around three kilometers long Kiellinie, a waterfront promenade with an unobstructed view of the ships sailing by in the Fjord.

On the east bank of the fjord there are shipyards (German Naval Yards and ThyssenKrupp Marine Systems, formerly HDW and Germania shipyard), the naval arsenal in Kiel, the mouth of the Schwentine, the Ostuferhafen and in Laboe the naval memorial and the submarine U 995.

Fjord towns & districts of Kiel on the east bank

Förde towns & districts of Kiel on the west bank

Impressions of the Kiel Fjord 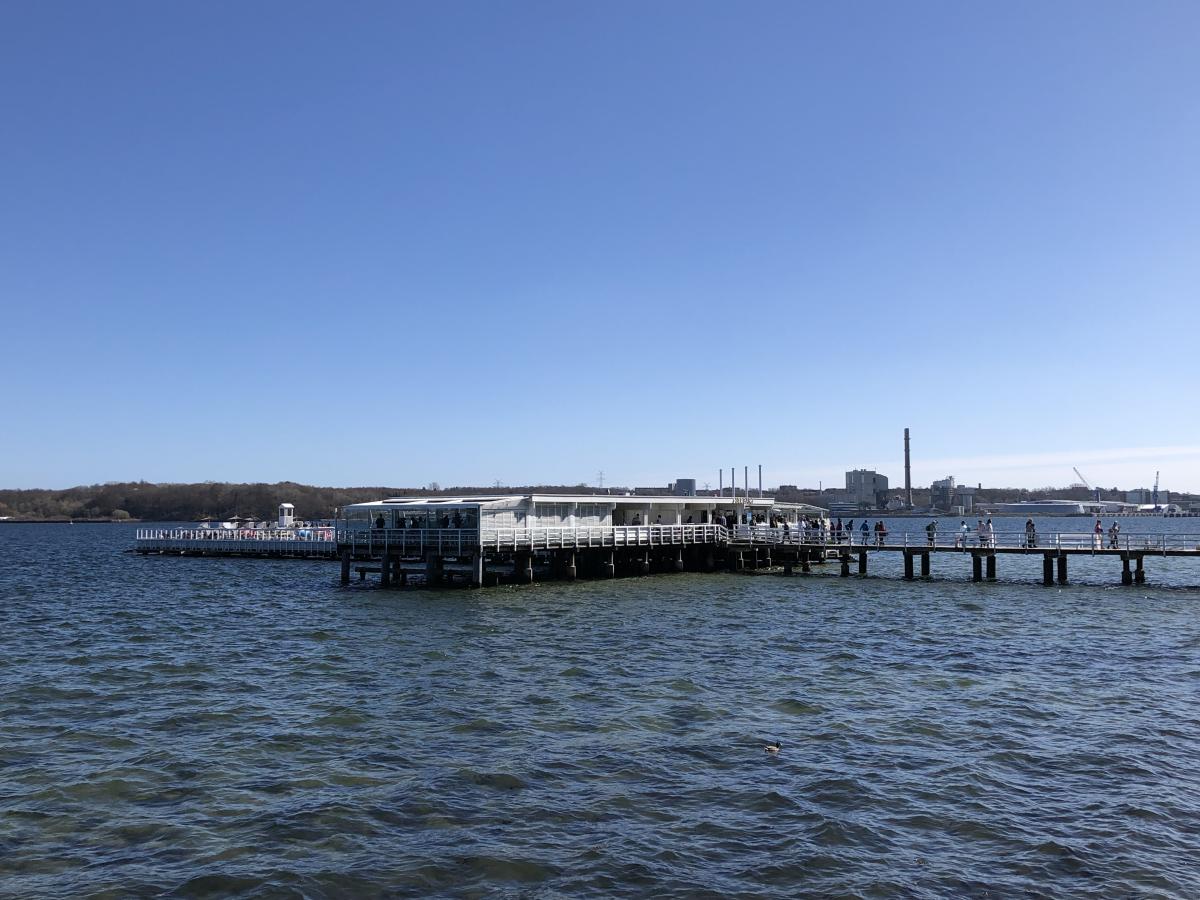 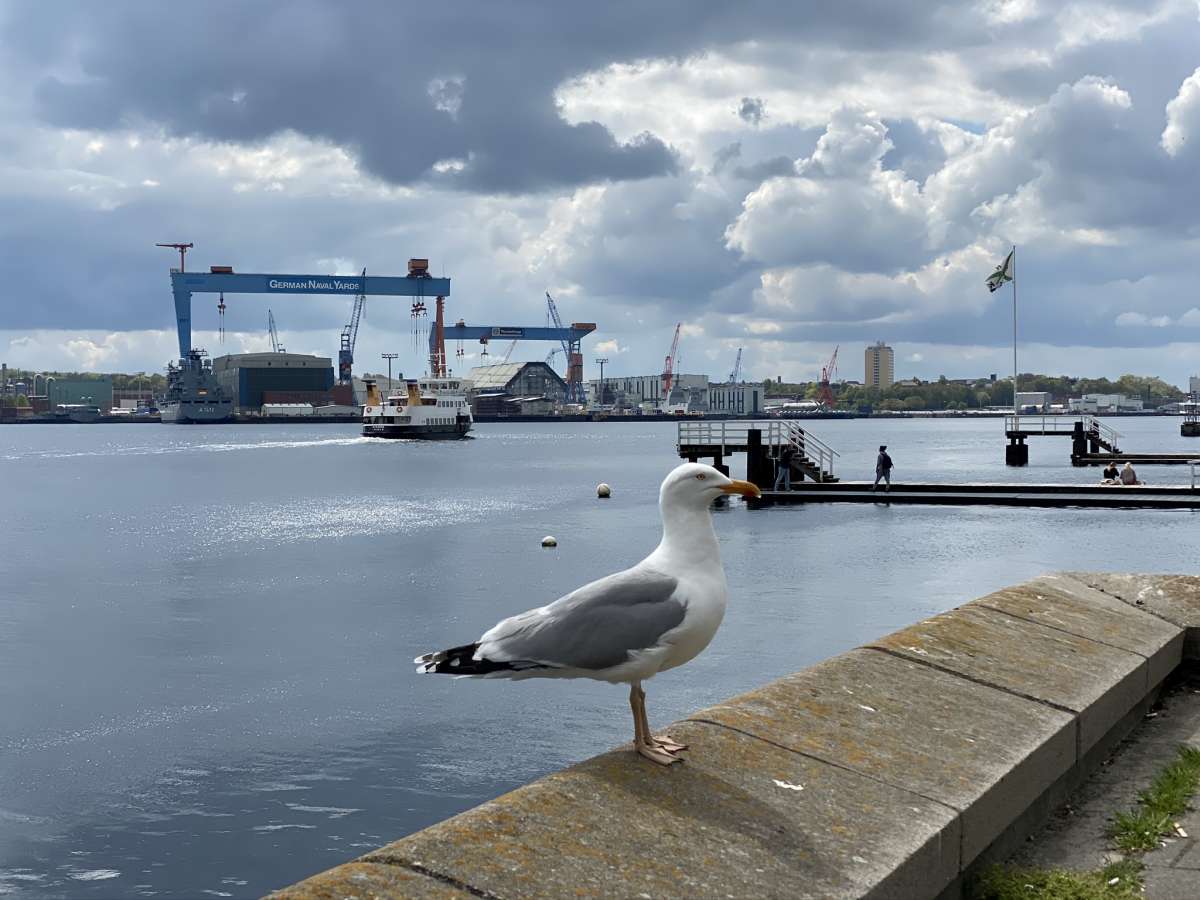 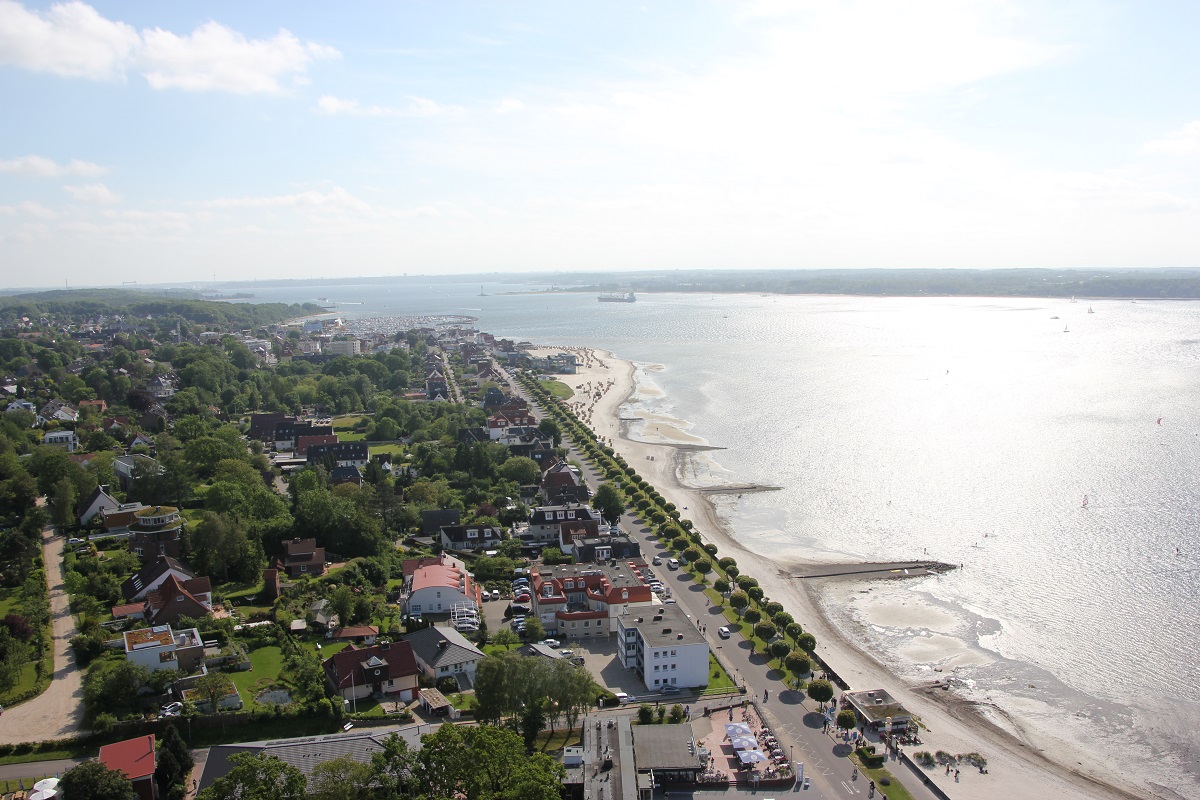 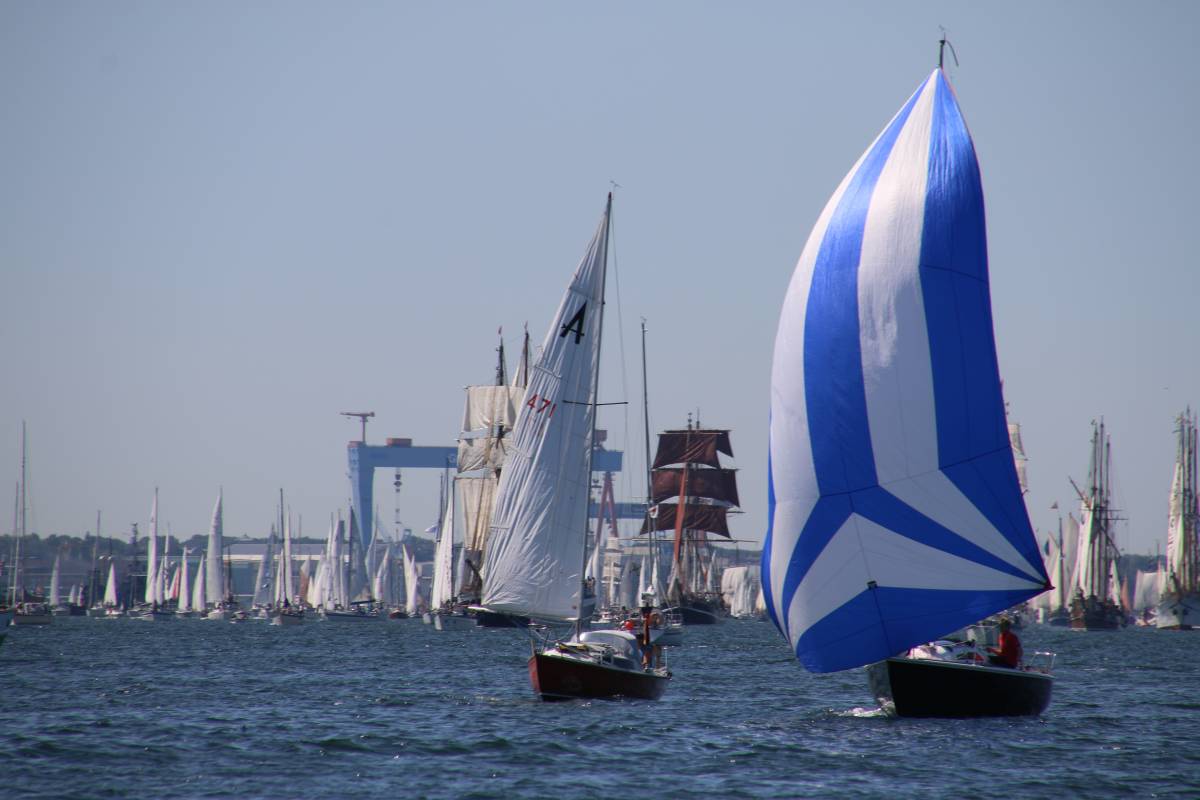 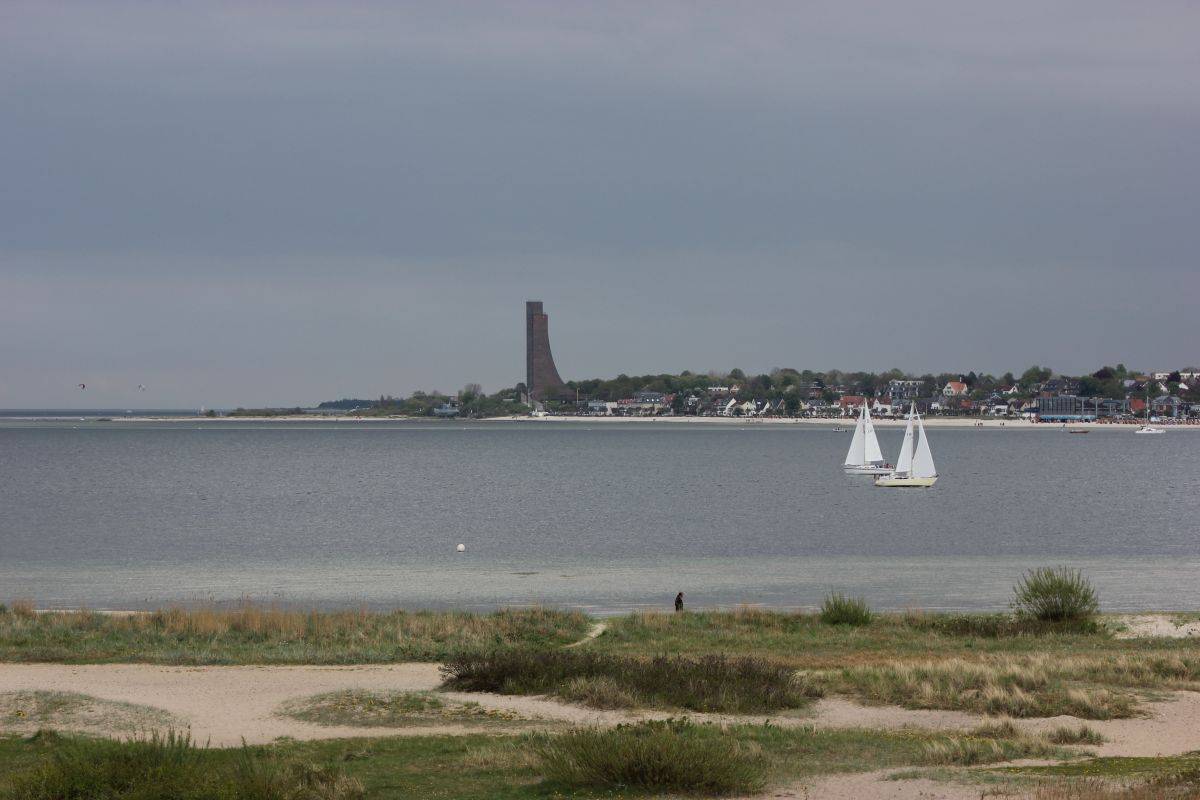 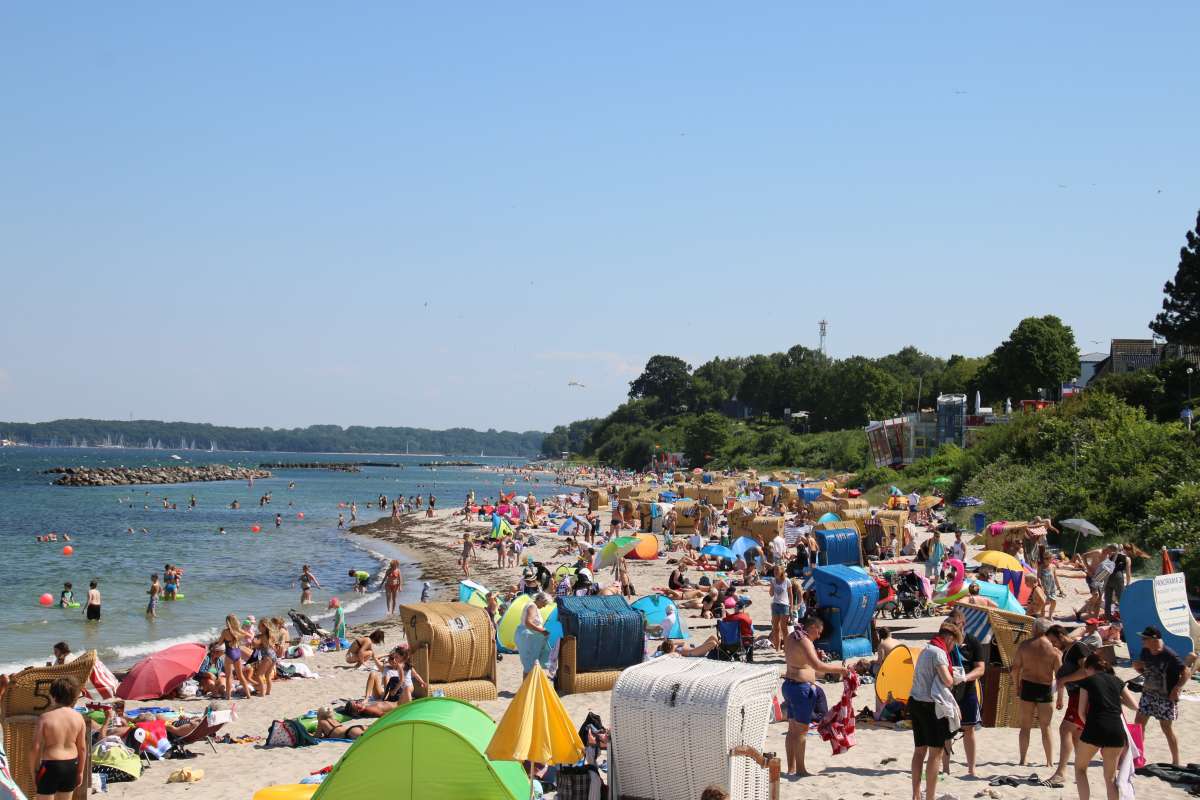 Kiel at the Kiel Fjord