Rare guest in the Kiel: The Cap San Diego, the largest operational museum cargo ship in the world, reached Kiel on August 6th, 2022 after a voyage from Rendsburg through the Kiel Canal and had been in the port of Kiel on the Sartorikai for a few days. On August 11th it’s time to say goodbye to Cap San Diego again. The 159 meter long museum cargo ship from 1961 had left its berth at Kiel’s Sartorikai at 11 a.m. and sailed through the Kiel Canal with the destination for the day being Rendsburg. On Friday, the Cap San Diego will then continue to Brunsbüttel and leave the Kiel Canal with the destination Überseebrücke in the port of Hamburg.

Visit to the Cap San Diego in Kiel and museum trip

While the Cap San Diego was moored at the Sartorikai, the ship could be visited from Sunday to Wednesday from 10 a.m. to 6 p.m. In the afternoons there were special activities for children.

And of course there was also the opportunity to ride on one (or of course on several routes) as part of the museum trip. A total of four museum trips were offered: 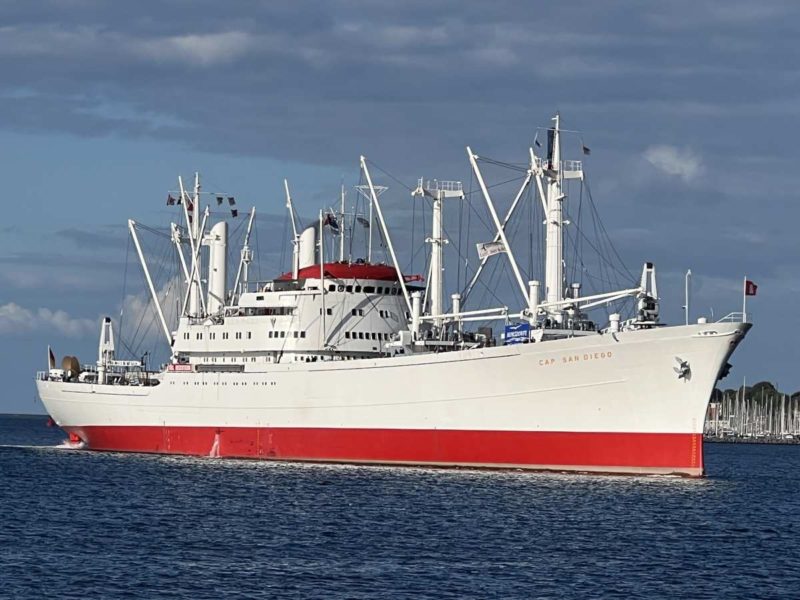 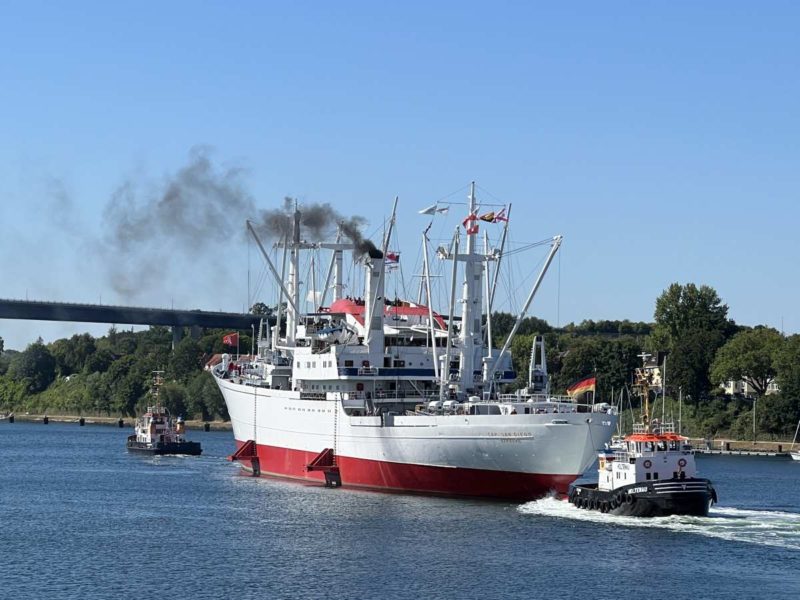