Kiel naval base on the Kiel Fjord

The Naval Base Kiel-Wik is the largest naval base in Schleswig-Holstein and is located on the west bank of the Kiel Fjord in the Kiel-Wik district.

The naval port in Kiel is home to numerous departments and authorities as well as other parts of the German Navy. In addition to the Kiel Naval Base Command, the 1st Flotilla, the 3rd Minesweeping Squadron, a support squadron and the sailing training ship Gorch Fock are also located at the Kiel-Wik naval base.

Renaming of the naval port in Kiel

The background to the renaming is the fact that “Scheer” and “Tirpitz” are no longer traditional and contemporary.

The Tirpitzhafen and the Tirpitzmole were named after Alfred von Tirpitz, a German Grand Admiral in World War I and State Secretary of the Imperial Navy Office. The Scheermole or the adjacent Scheerhafen was named after Admiral Reinhard Scheer, commander of the High Seas Fleet from 1916 to 1918 and Chief of Staff of the Naval War Staff.

Open Ship during Kiel Week: open day at the naval base

Like all military facilities, the Kiel naval base is only accessible to certain groups of people. Except during Kiel Week, when the Kiel-Wik naval base is open to the public for a total of three days as part of the Open Ships. However, personal and bag checks are also carried out when entering the base at Open Ship. Numerous German and international naval ships can be visited on these three days, an experience for young and old.

Impressions of the naval base in Kiel 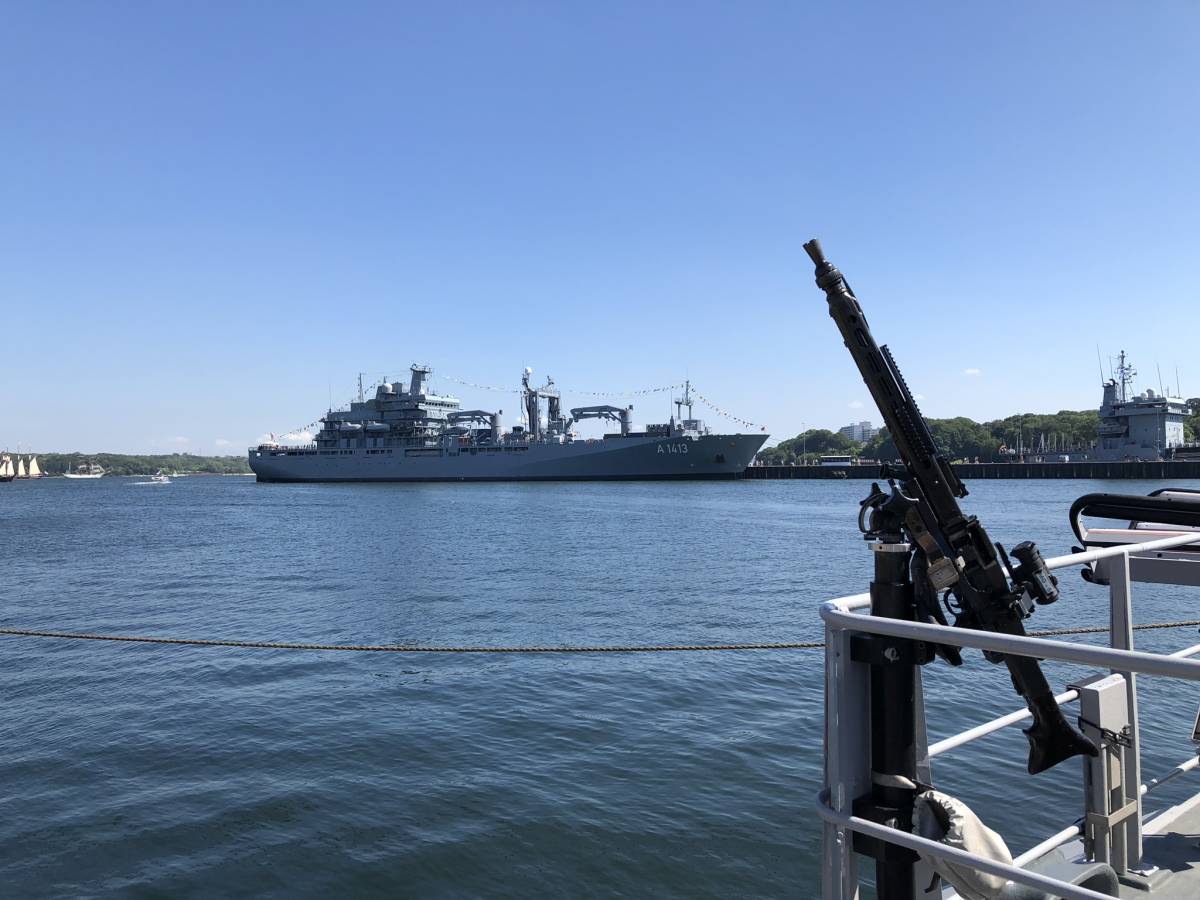 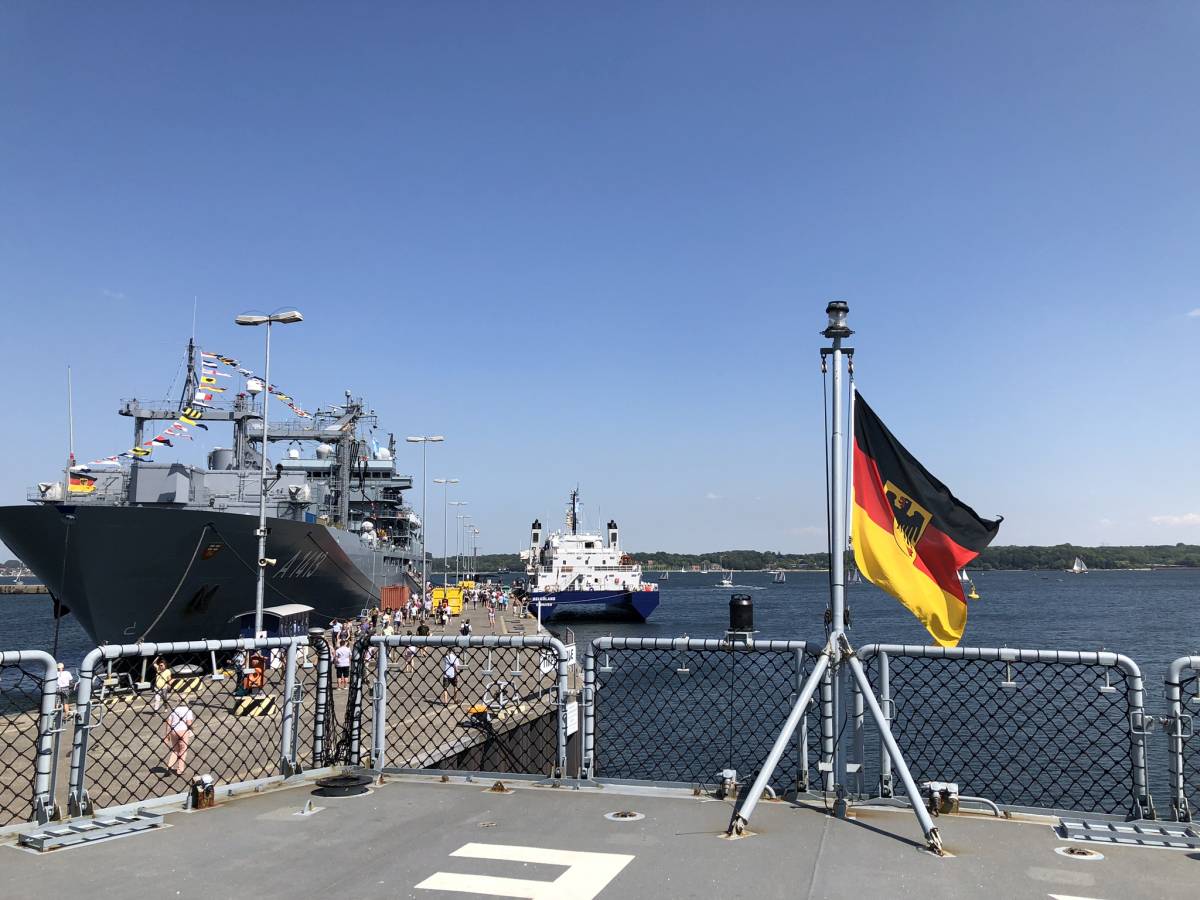 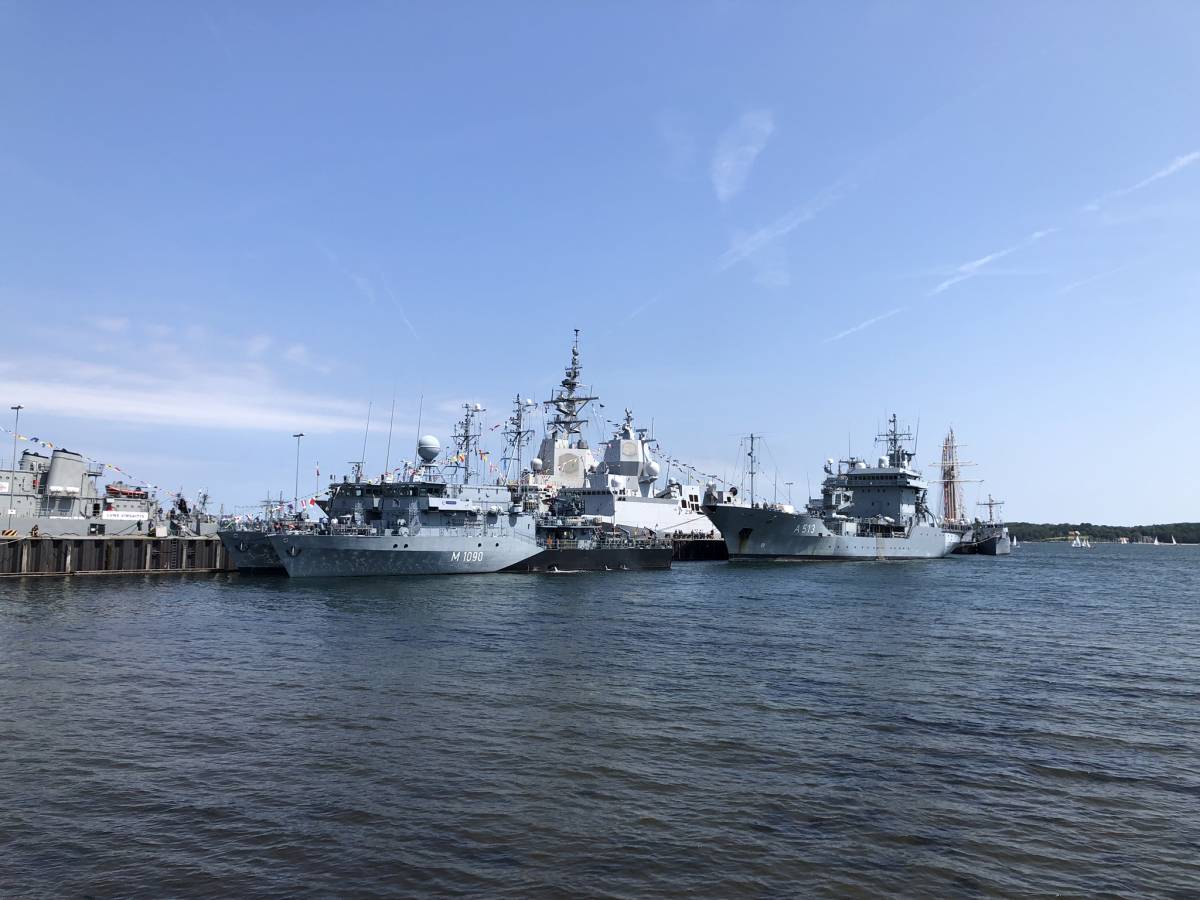 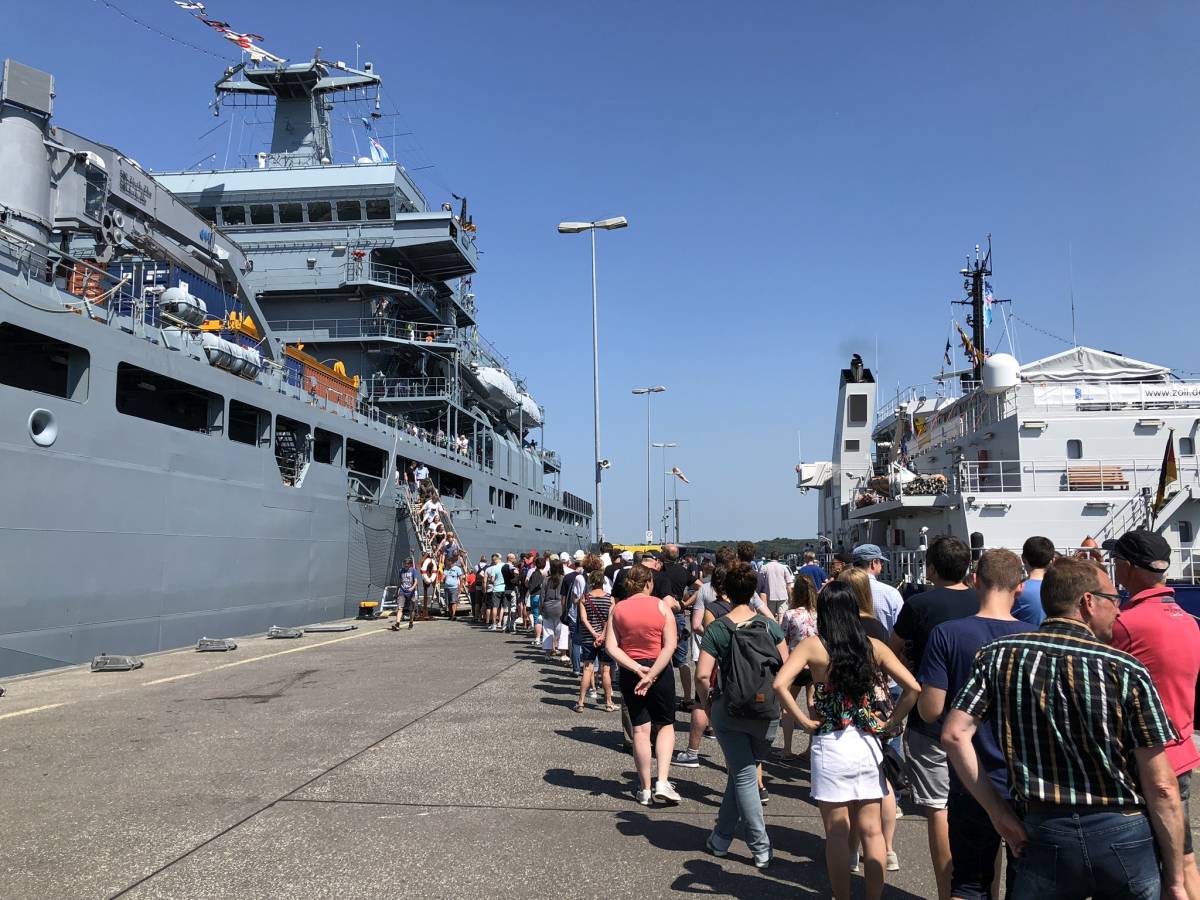 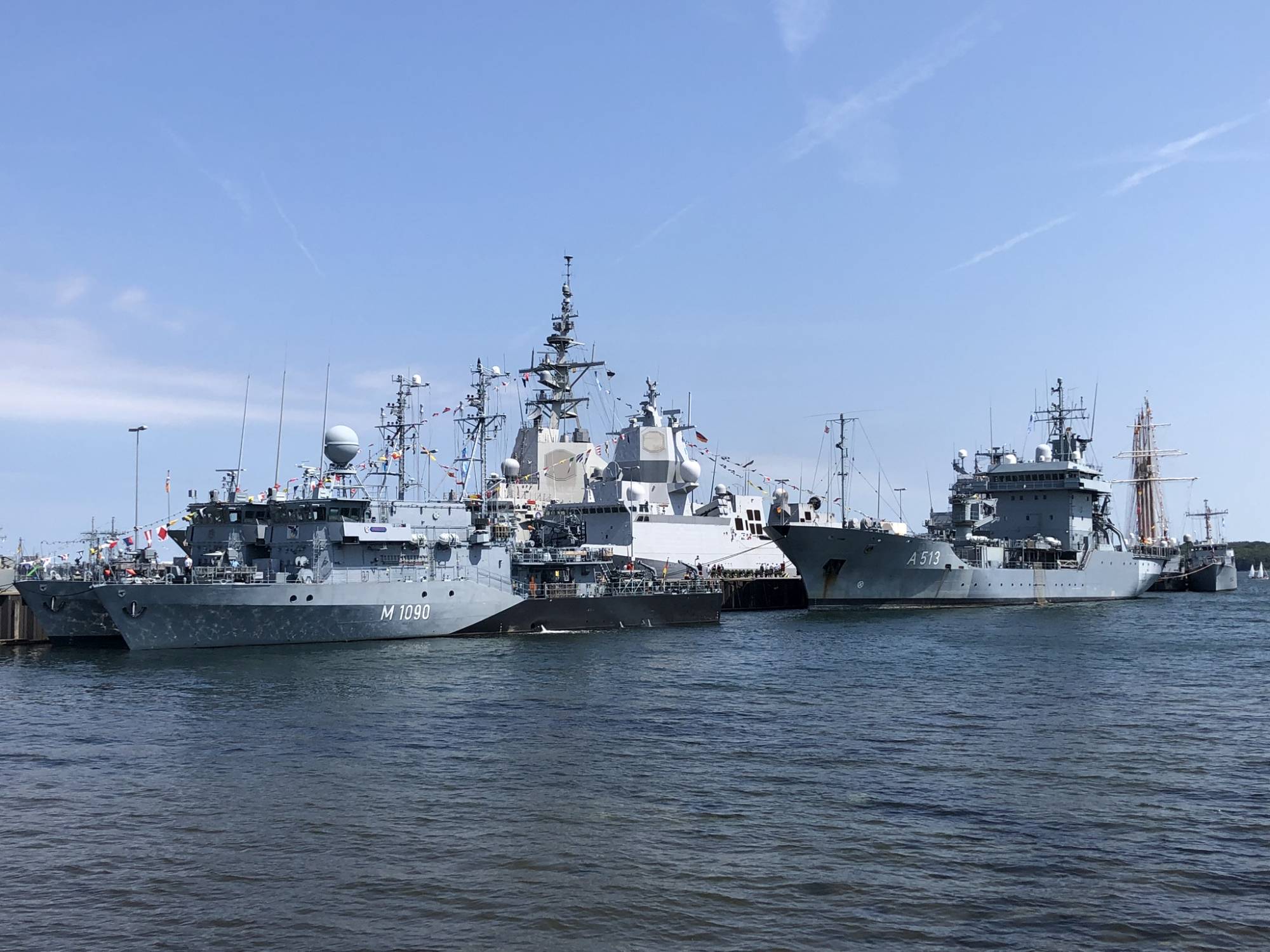 The naval base in Kiel is located here