The Kiel Week 2020 is all about the corona pandemic. As announced early on, the Kiel Week 2020 was already postponed from June to September 2020 in March. Well, at the end of August, it’s not long now until this year’s Kiel Week. And this year a lot is different. No big stages, no concerts with thousands of spectators, no international market on the town hall square, no final fireworks and many other things and events that will not take place this year. This year’s Kieler Woche will also be much quieter than usual on the Kiellinie.

But the good news: The windjammer parade will take place. On September 12th, numerous traditional sailing ships and other ships can be observed in the Kiel Fjord. As always, the parade starts at 11 a.m. and heads towards the Friedrichsort lighthouse and the outer fjord. So far so normal. Of course, there is also the possibility to watch the windjammer parade from land, for example from Falckenstein Beach. However, the appropriate distance rules must be observed here.

Sailing on one of the numerous ships is usually very popular at the windjammer parade. This year, however, this is only possible to a limited extent, of course due to Corona. 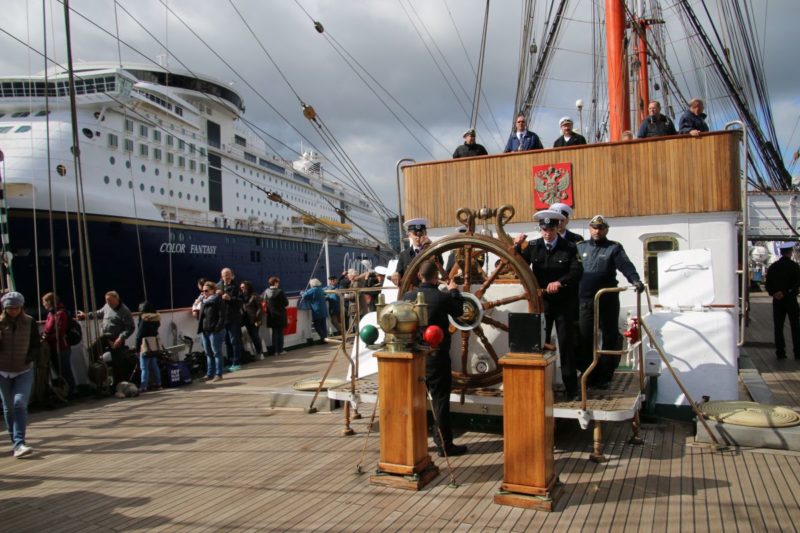 Windjammer Parade 2020 for everyone – including private sailors

What is new this year is that for the first time private sailors will also be actively involved in the parade. However, this is only possible with prior registration. The sailing ships are then divided into groups and each of the groups is led by a traditional sailor. The participating ships will then be arranged in groups and sail through the fjord in the direction of Schilksee and Laboe.

Videos of the windjammer parade 2019

Numerous videos of the Kiel Week Windjammer Parade from the past few years are also available here on YouTube.