Town hall square Kiel – centrally located rectangular square in the city center between the town hall, opera house and the small Kiel, which is used for various events.

The Kieler Rathausplatz is the largest square in the city centre. It got its present name Rathausplatz (town hall square) after the end of the Second World War. From 1869 to 1933 the square was called Neumarkt and for a few years between 1933 and 1945 the National Socialists renamed it Adolf-Hitler-Platz. Before the Second World War there was a fountain in the middle of the square with a sword-bearer sculpture created by Adolf Brütt. The fountain was destroyed in the war and never rebuilt. The Sword Bearer sculpture is now on the edge of the square. And since the 1972 Sailing Olympics, the Vortex Pillar of Fire, an octagonal glass cylinder, also known as the Olympic Flame, has stood where the fountain once stood. The Olympic Flame burned here during the 1972 Olympics.

News from downtown Kiel in the Kiel blog 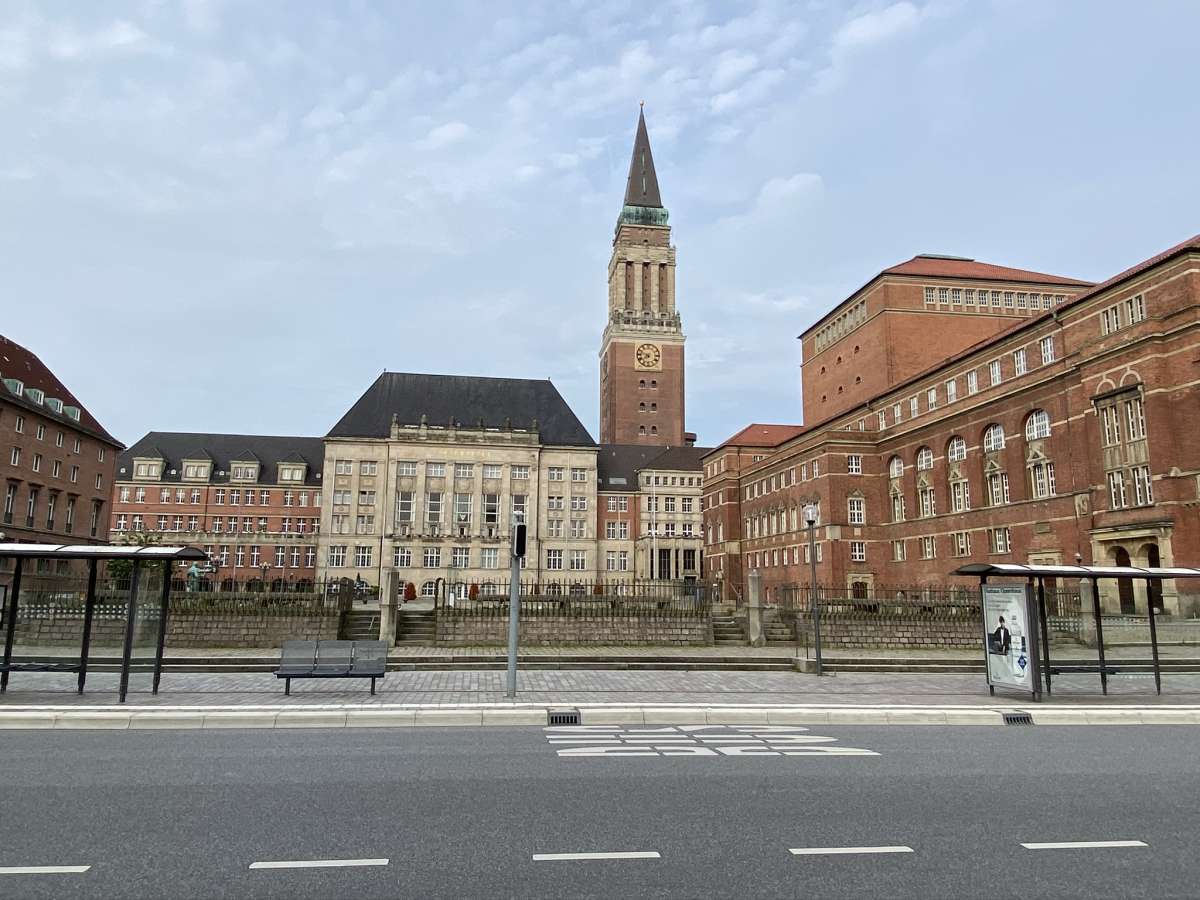 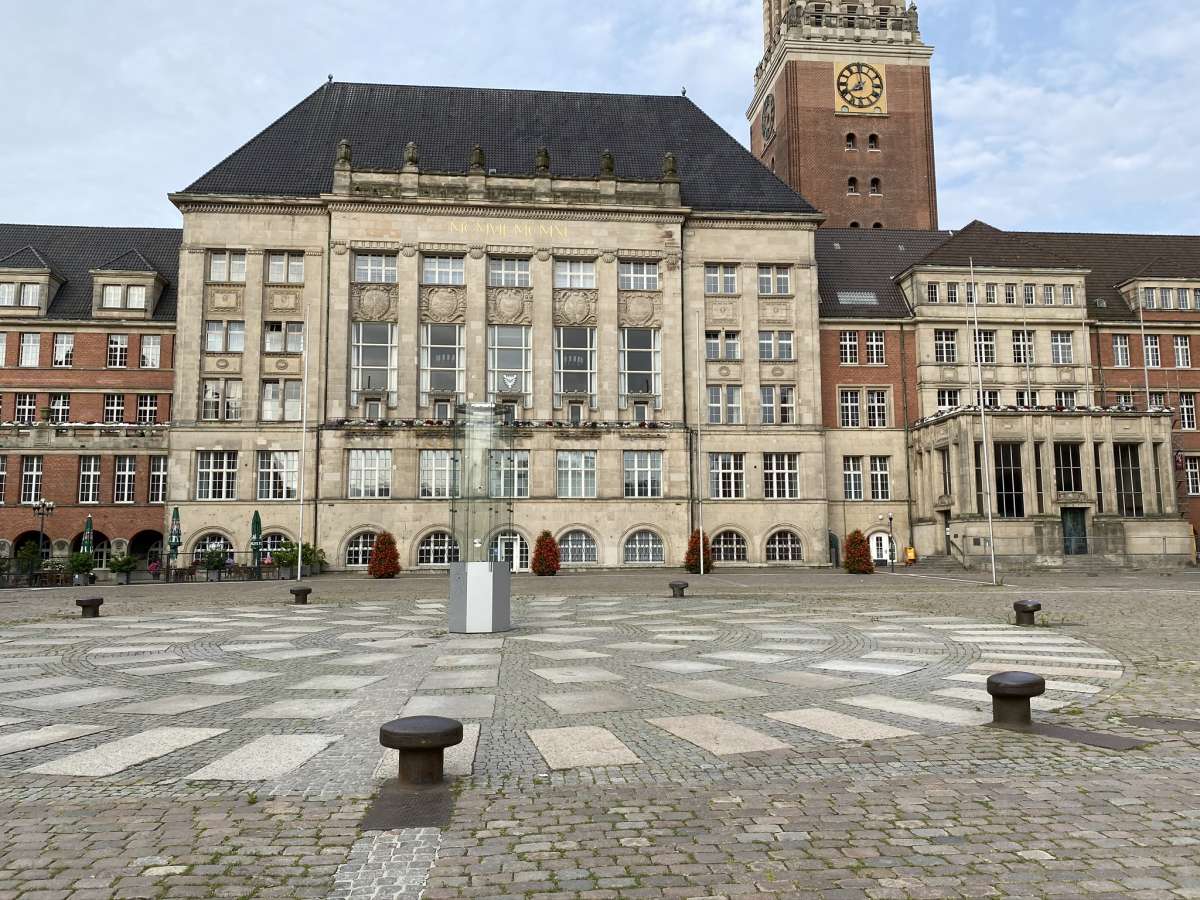 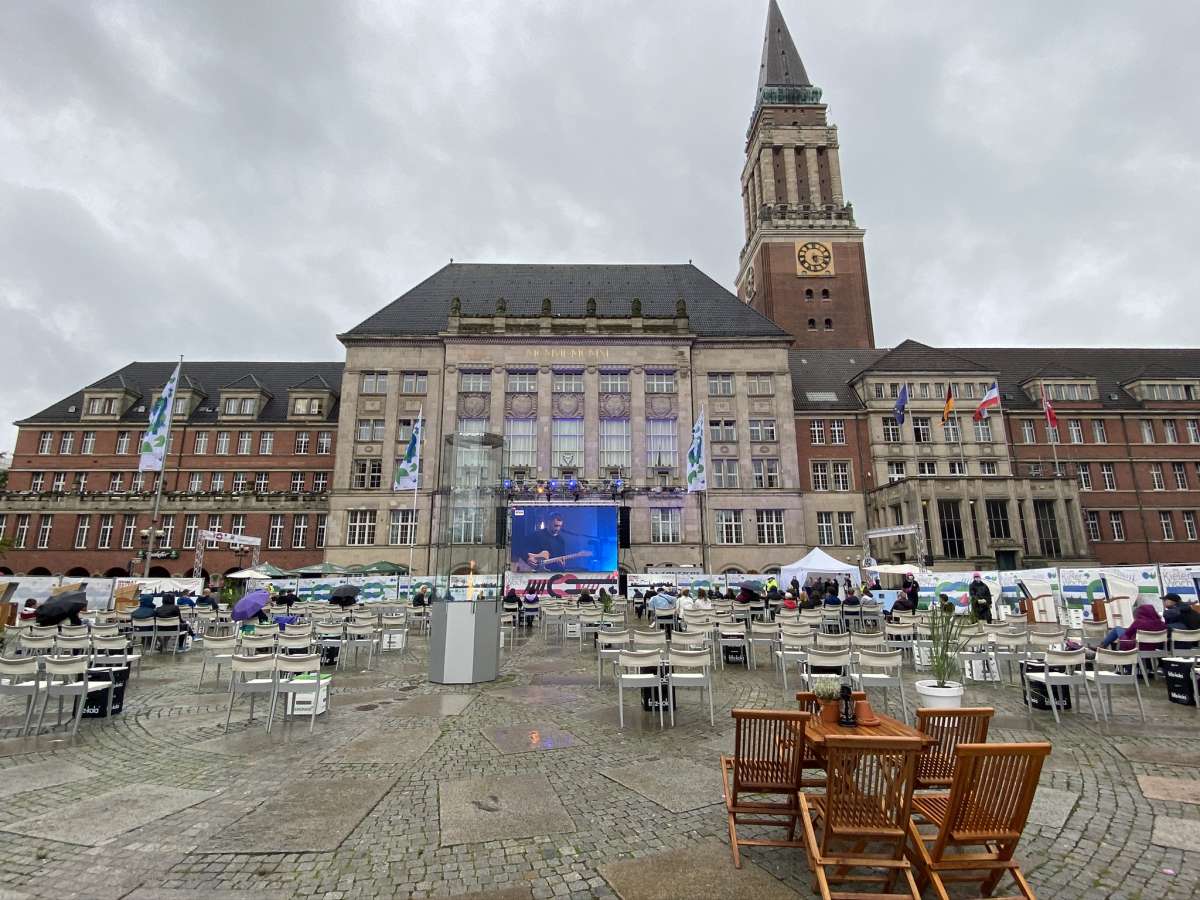 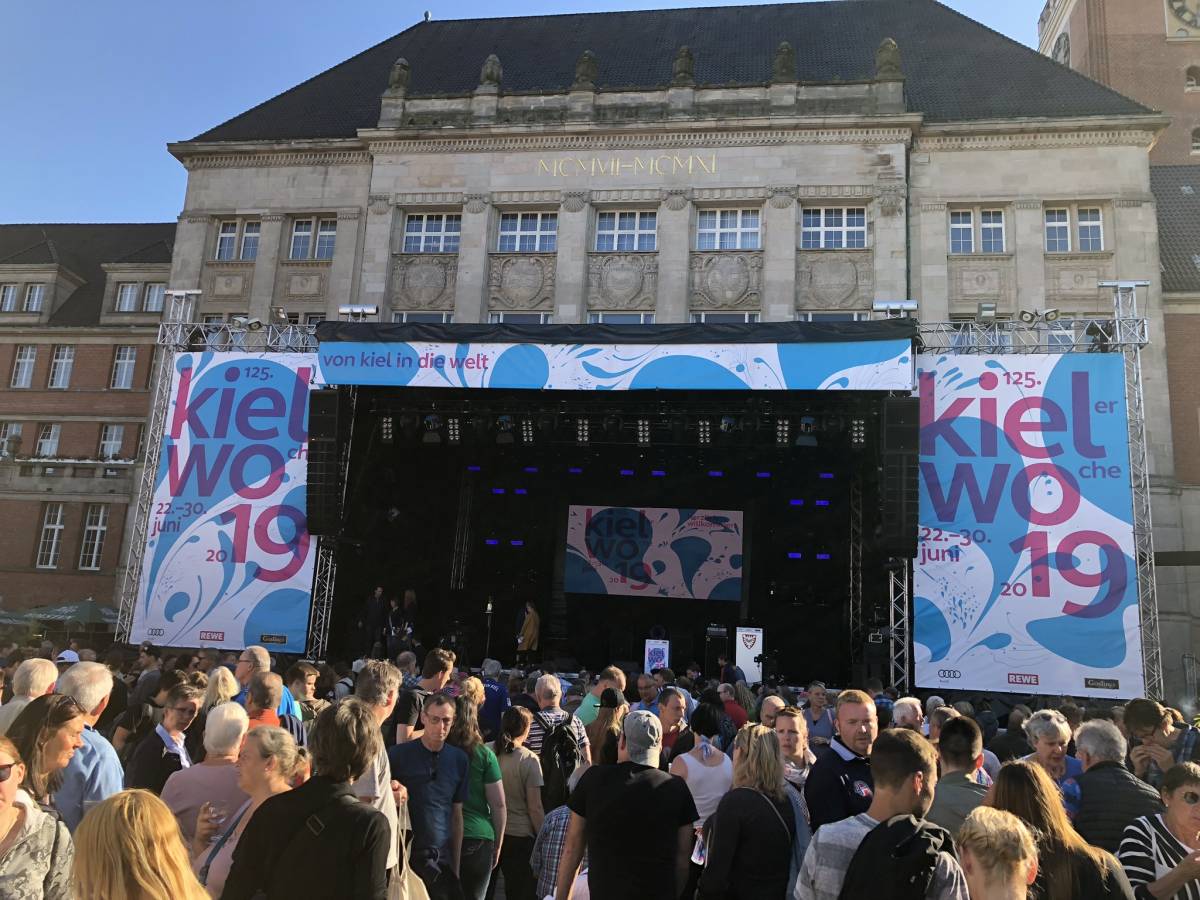 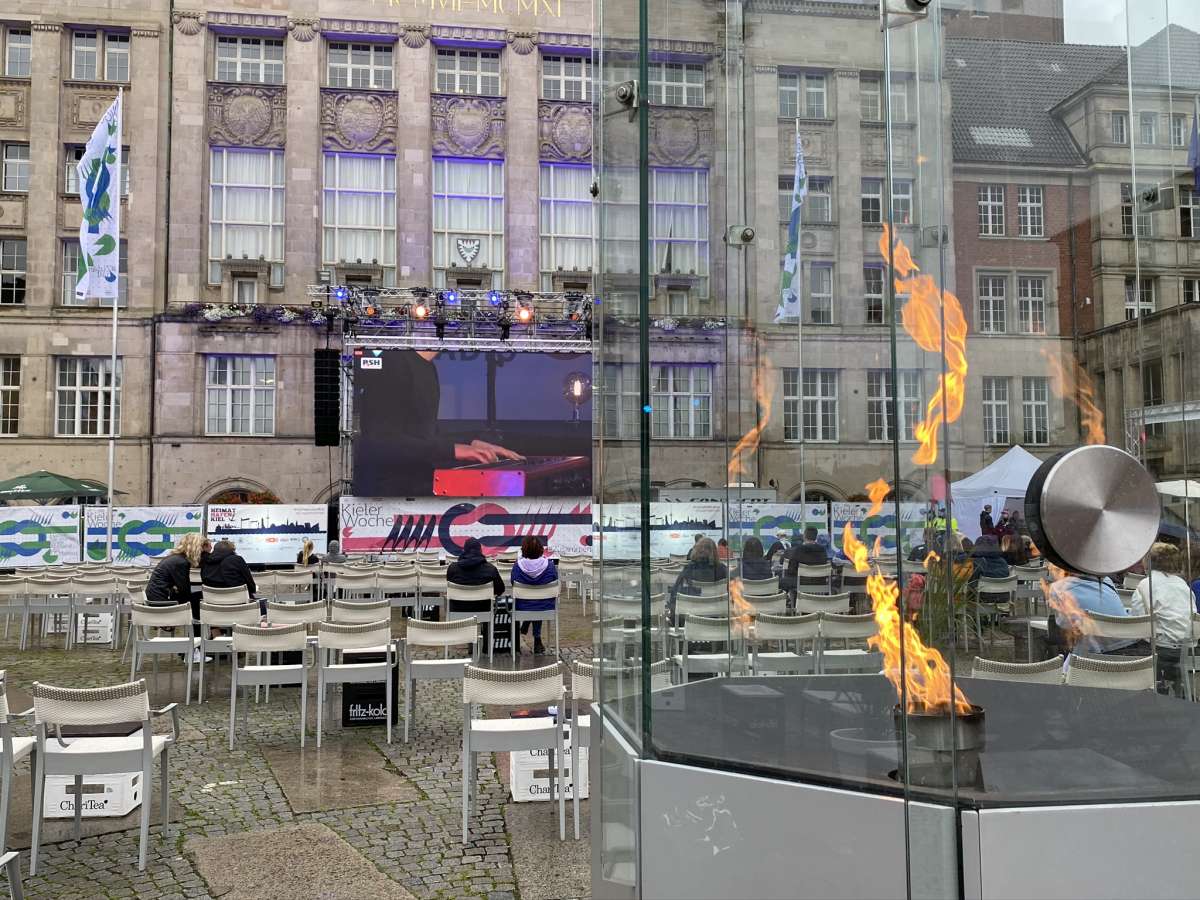 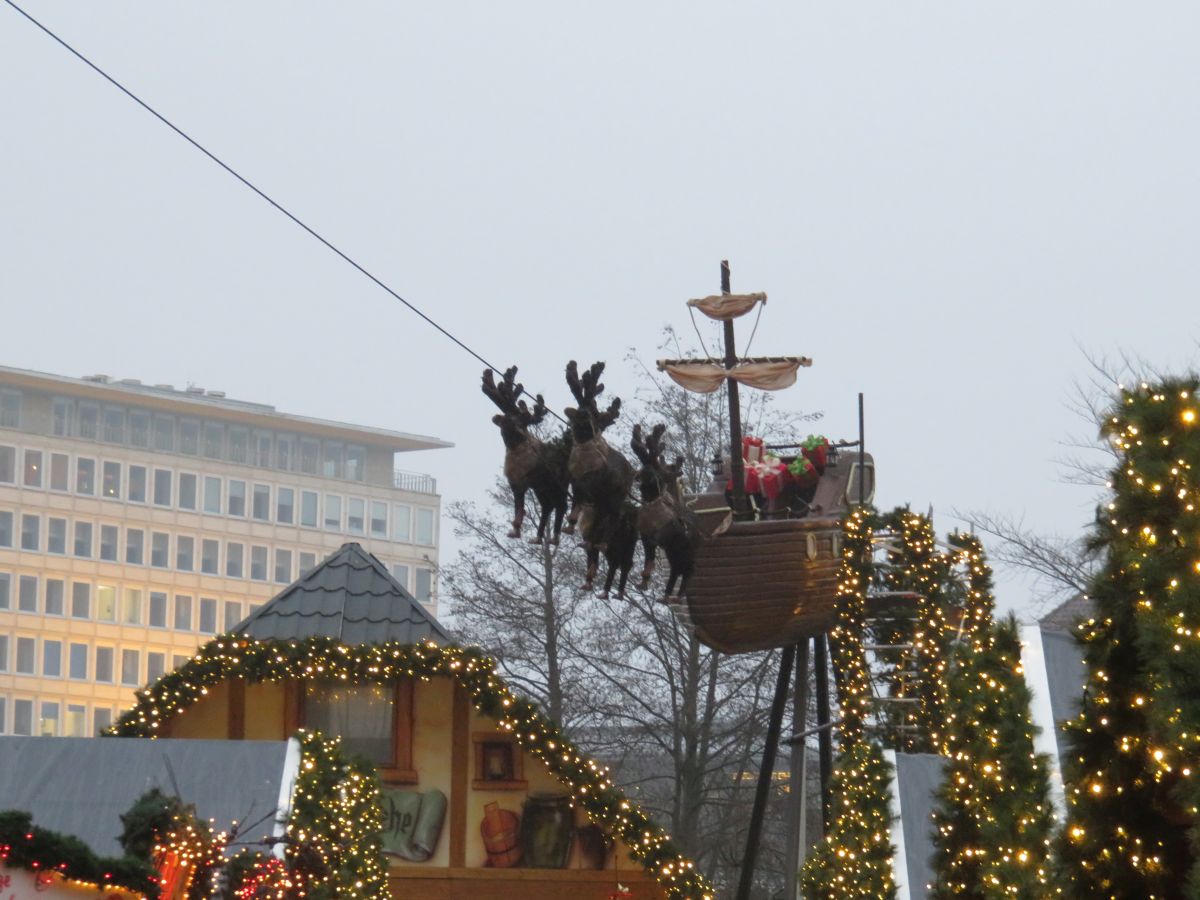 Here is the town hall square