Cruise season Kiel 2022 started with cruise ship “Hamburg”: On Wednesday, the 144 meter long MS Hamburg of the shipping company Plantours Cruises was a guest in Kiel.

This is of course still manageable, but 38 cruise ship calls are planned in Kiel as early as May. Even more cruise ships are expected in Kiel in June (51 calls), July (49 calls) and August (45 calls). It won’t be a little quieter again at the cruise terminals in Kiel until September. Currently, it even looks like the 2022 cruise season will be the best year ever for Kiel in terms of the number of cruise ship calls this year. The port of Kiel is also benefiting from the sanctions imposed on Russia. For example, some cruise ships will now call at Kiel instead of Saint Petersburg in Russia.

And so it can be expected that well over 200 cruise ships will be guests in Kiel this year. 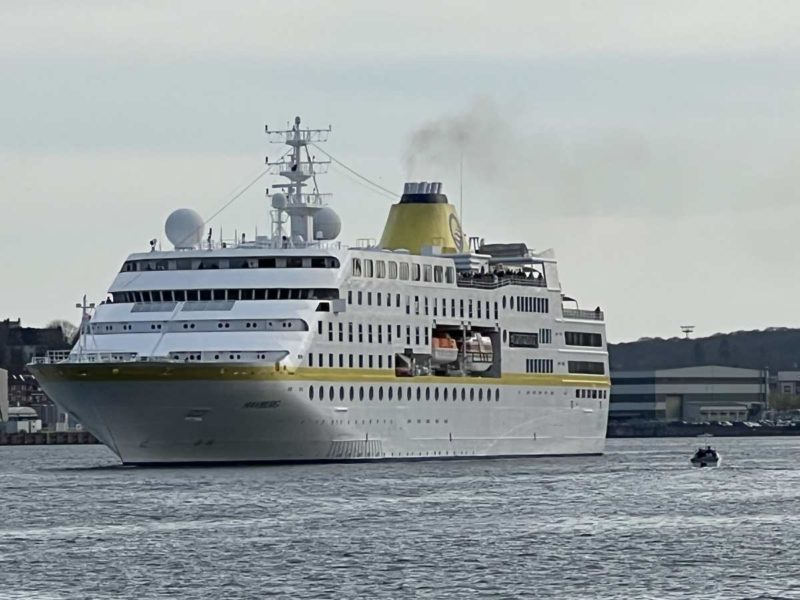 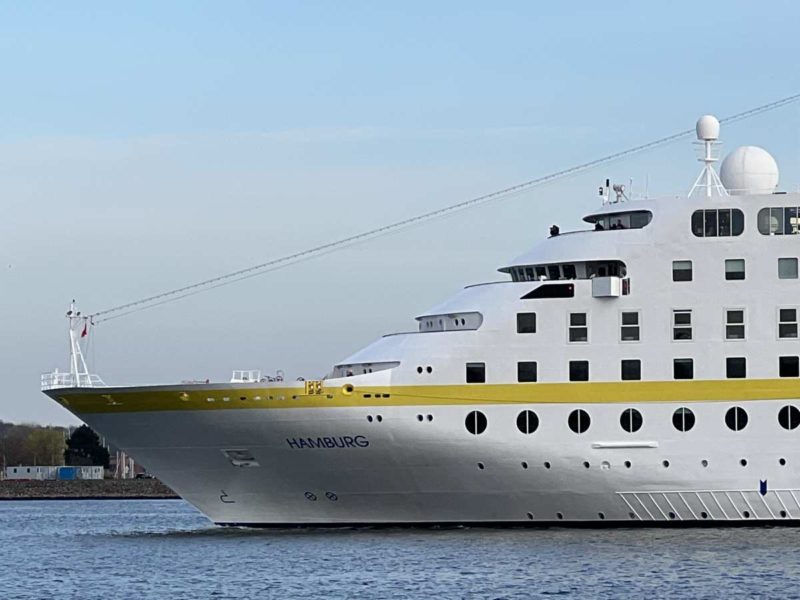 For those who may have wondered about the above-mentioned size of the Hamburg: Yes, the MS Hamburg is really “only” 144 meters long and is considered Germany’s smallest cruise ship for ocean voyages. There are 197 cabins for 400 passengers on six decks.

Here the Hamburg left her berth at the Ostseekai and passed the Kiel Fjord in the direction of the Kiel Canal with the destination of Helgoland in the North Sea.