That was the Kiel Week Windjammer Parade 2021 in the Kiel Fjord on September 11th, 2021: More than 120 traditional sailors, sailing ships and historic ships took part in the parade in the Fjord on Saturday.

As in the previous year, the parade was led by the sailing ship Alexander von Humboldt II, the tall ship with the striking green sails and perhaps better known to many from the advertising of a North German brewery. Normally the windjammer parade and the Kiel Week take place in June. But like last year, the Kiel Week 2021 was again postponed from June to September due to corona.

Windjammer Parade 2021: Sailing parade for everyone

And something else was carried over from the previous year: The traditional windjammer parade during Kiel Week was a “windjammer sailing parade for everyone” again this year. Private sailors could take part in the parade with their ships again. It didn’t matter whether it was a modern or traditional ship. However, you had to register in advance to take part in the windjammer parade. The private sailors were then assigned to the various groups, with each group being led by a traditional ship. 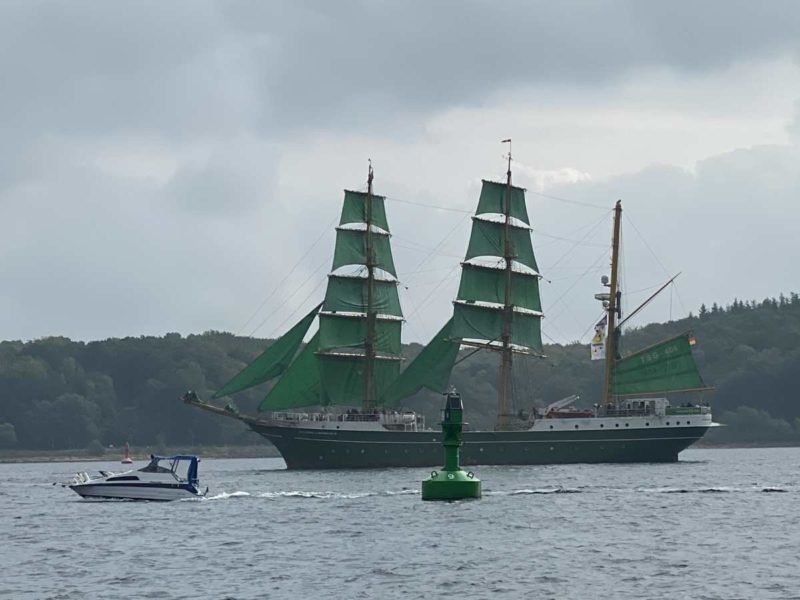 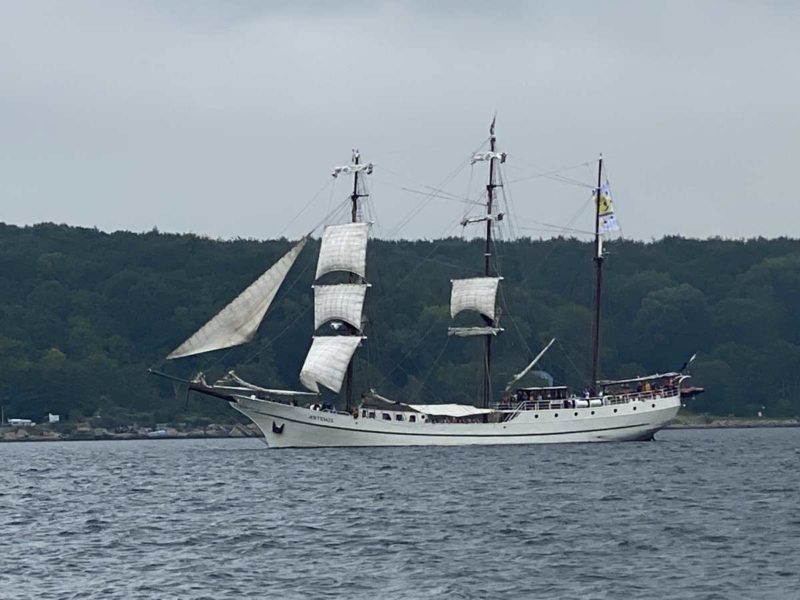 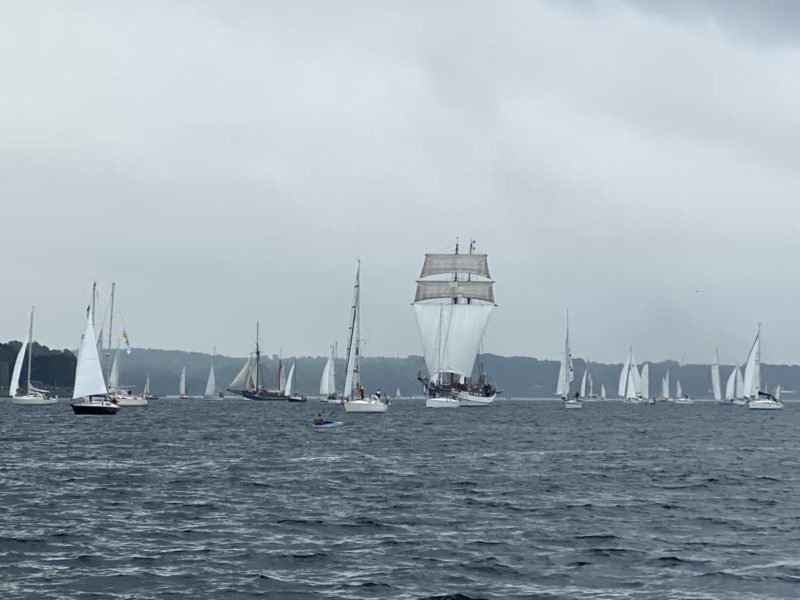 As always, the parade started on September 11, 2021 at 11 a.m. in Kiel’s inner fjord and headed towards the Friedrichsort lighthouse and the outer fjord. Of course, there was also the opportunity to watch the windjammer parade from land, for example from the Falckenstein Beach, from the Holtenau lighthouse on the Förde or from the east bank of Kiel, for example at the Möltenort submarine memorial. Of course, it was also possible to sail on one of the numerous participating ships this year.

Viewers of the windjammer parade on the Kiel Fjord

As always, numerous spectators came to the western and eastern banks of the fjord to watch this year’s windjammer parade. Sufficient safety distance was definitely maintained here on the beach. It certainly looked similar on the beaches in Laboe or Schilksee.

The sun had shown itself less for the windjammer parade in 2021, it was mostly overcast. Towards the end of the parade there was a brief heavy rain shower. 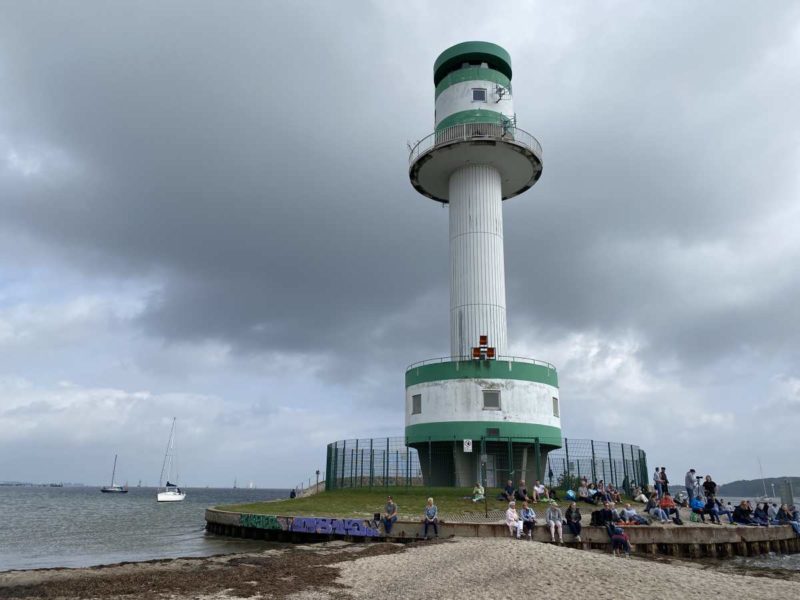