The fireworks in Schilksee were ignited by a ship in the fjord, which was a few hundred meters from the Schilksee harbor (near the SFK pier between the Olympic harbor and the bathing beach). The area of ​​the fjord in question was cordoned off over a large area and closed to shipping, especially of course to the sailors in the Olympic port. 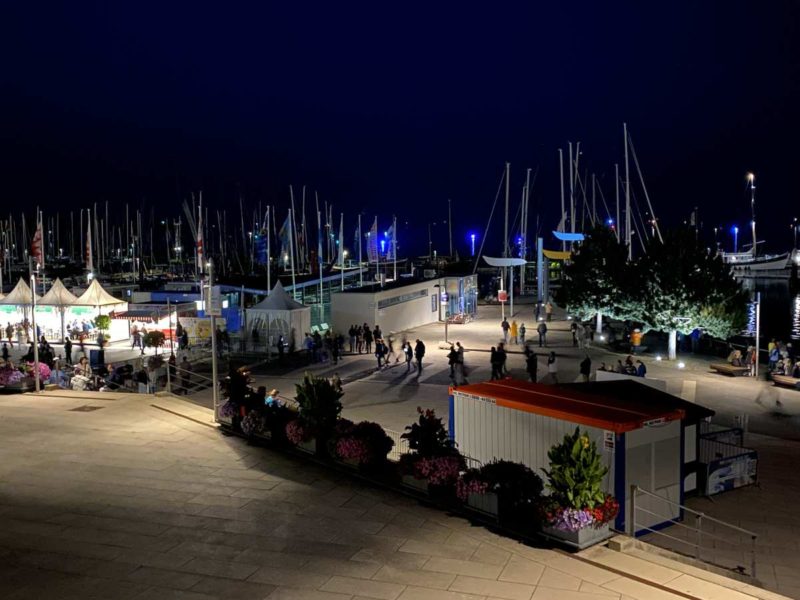 At exactly 9:00 p.m. and 21 minutes the time had come and the sail fireworks in Schilksee lit up the Schilksee evening sky for almost 12 minutes.