Kiel Week fireworks 2021 with drone show and light show – final fireworks “Star Magic over Kiel” with rockets, drones, lasers and lamps over and on the Kiel Fjord.

And the Kiel Week 2021 is over again and said goodbye on September 12th, 2021 with the traditional final fireworks. For the first time this year there was also a drone show, which was part of the overall “Magic of the Stars over Kiel” event. Combined with a light and laser show as well as the classic fireworks and music, the Kiel Week final fireworks display 2021 was definitely one of the highlights of this year’s Kiel Week, which was held this year for the 127th time. Edition was slightly smaller than originally planned.

A total of 200 drones climbed into the evening sky on Sunday evening and showed, among other things, maritime motifs such as sailing ships, anchors and an AIDA cruise ship with a red kiss on the lips. In addition, there are other motifs such as hearts and lettering, including KIWO and Kiel Week 2021.

And if one or the other was a bit skeptical about the drone show and fewer rockets: The mixture of traditional fireworks with rockets and the impressive staging in the form of the drone show, accompanied by a laser and light show, was definitely well received by the audience along the keel line very well throughout.

Fireworks and drone show started at exactly 9:21 p.m. on Sunday evening. And as early as 8.30 p.m. a group of torch swimmers swam from the Reventloubrücke pier in the fjord parallel to the keel line to the Ostseekai.

All in all, a great evening with beautiful effects at the end of the Kiel Week 2021, which ultimately turned out to be a bit smaller than originally planned. 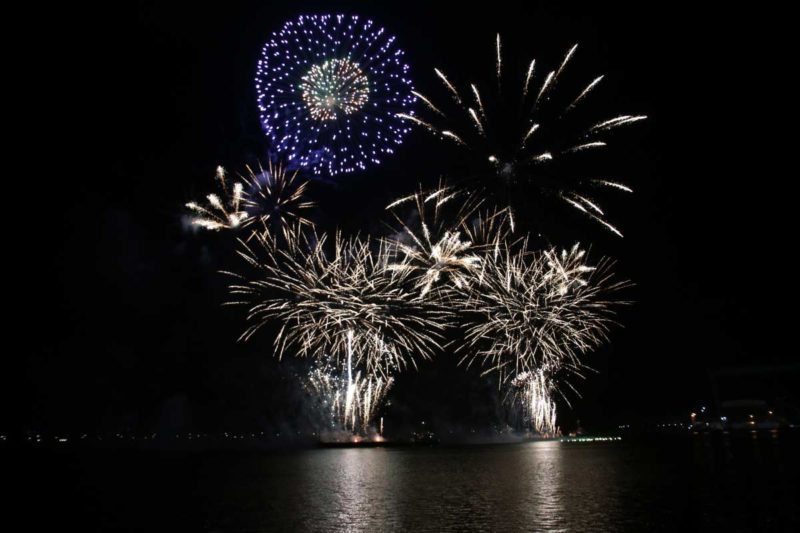 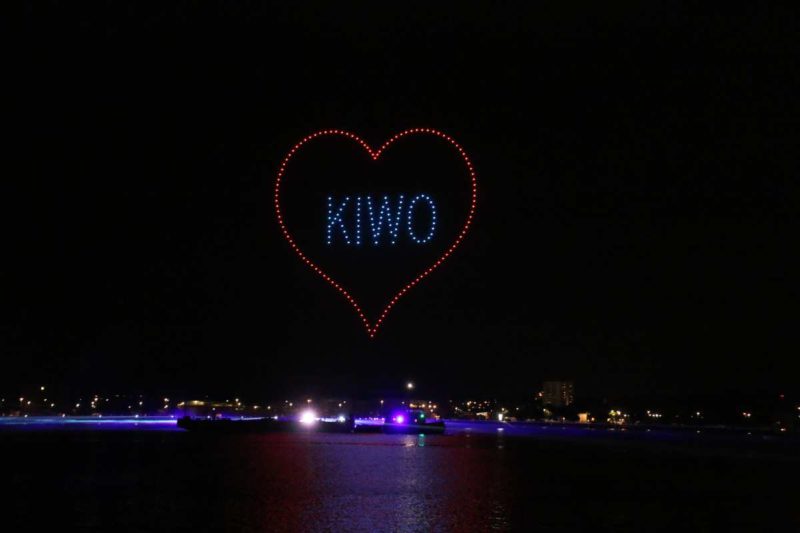 By the way, more photos of this year’s final fireworks, the drone show as well as the laser and light show from September 12th, 2021 are available here: Picture gallery Kiel Week 2021 final fireworks