Home/Altstadt, General, Vorstadt/First section of the Holsten-Fleet opened – This is how it currently looks in the center of Kiel
Previous Next

A first section of the Holsten-Fleet has finally been opened – This is what it currently looks like in downtown Kiel around the Kleiner Kiel-Kanal in the area of ​​Holstenstraße, Holstenbrücke, Berliner Platz and the boat harbor.

Now the time has come: On July 10, the first section of the Kleiner Kiel Canal, the water connection between the boat harbor and Kleiner Kiel, was opened. The part of the Holsten Fleet that is now open to the public is located between Holstenstraße and the Bootshafen Kiel. The pools are already filled with water and give an idea of ​​what downtown Kiel will look like in the future. Because large parts of the new canal, especially in the Holstenbrücke area, are still blocked off by a site fence. But here, too, we are nearing completion. It is therefore only a matter of weeks and not months until the entire area is completed and filled with water. 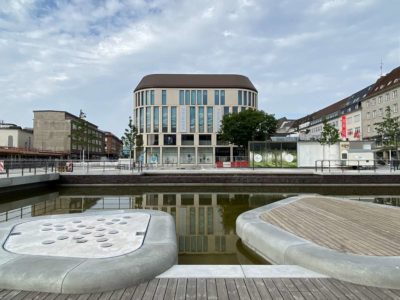 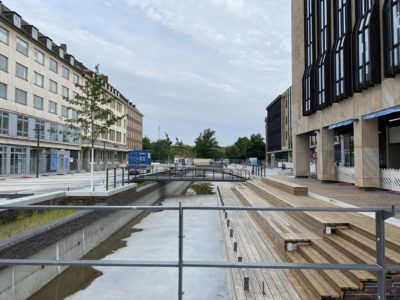 It was actually planned that the Small Kiel Canal should be completed in October 2019, on German Unity Day. But as you know, things turned out differently. And even at the end of October 2019, there was still no end in sight to the construction work on the Little Kiel Canal. Finally, due to the corona pandemic (COVID-19), there were delays in the delivery of components. And the costs have also increased significantly over time. The original construction costs of 11.5 million euros have now become almost 20 million euros.

By the way, even more photos are available in the Kleiner Kiel Canal photo galleries.