Ray Dalton live at the Kiel Week 2022 on June 17th, 2022 on the Rathausbühne Kiel: TOP concert by singer & songwriter Ray Dalton in Kiel.

It starts again! After a two-year Corona break, the Kiel Week 2022 definitely has the potential to build on the last Kiel Week before Corona in 2019. This year there are finally big stages with space for thousands of spectators and lots of cool bands and artists performing at Kiel Week. This year, the four largest stages of Kiel Week 2022 traditionally include the Rathausbühne on the Kiel Town Hall Square , the Fördebühne on Bernhard-Harms-Weg (near the Kiellinie on the Kiel Fjord in the small car park in front of the Institute for the World Economy), the RADIO BOB! Rockcamp on the Reventlouwiese as well as the open-air stage Krusenkoppel, where paid concerts take place as part of “gewaltig leise”.

The Kiel Week traditionally opens on the Saturday evening on the town hall stage, but the evening before, during the so-called “Kiel Week Soundcheck”, there are numerous concerts on most stages, some with top artists and bands.

Right at the beginning of Kiel Week 2022, there were already top acts on the town hall stage on Friday evening. It started at 7 p.m. with Malik Harris and then Namika stood on the town hall stage. But that’s not all, from 9.20 p.m. there was another absolute highlight here on the Kiel Week stage on the Town Hall Square in Kiel, where not only the Rathausbühne but also the International Market is located during the Kieler Woche. None other than US musician Ray Dalton gave his first concert in Germany at this year’s Kiel Week. Can you wish for a better location than a stage at Kiel Week for your German premiere?

Ray Dalton, born in 1991, is a singer and songwriter from Seattle and probably best known for his number 1 hit “In My Bones”, one of the most played radio songs in Germany in 2020, which of course was performed at his concert on Friday evening on the Kiel City Hall Square could not be missing.

The Ray Dalton concert at the Kiel Week 2022 lasted almost 45 minutes. In addition to “In My Bones”, Ray Dalton played numerous other songs that evening, including “Manila”, “If You Fall”, “Can’t Hold Us” as well as songs by Amy Winehouse.

Ray Dalton’s concert was definitely one of the TOP concerts of Kiel Week 2022!

Would you like more information about Ray Dalton and his songs? Then take a look at Ray Dalton’s official website:
https://www.raydalton.com/

On the Ray Dalton site you will find news, more videos and much more!

But of course the spectacular evening at the Rathausbühne after the concerts by Malik Harris, Namika and Ray Dalton was not over yet. Because from 10:50 p.m. Glockenbach was also on the program. And parallel to the concerts on the Rathausbühne there were also interesting acts with Leony and Max Giesinger on the Fördebühne. And of course there were other concerts on Friday evening for the “sound check” on other Kieler Woche stages. 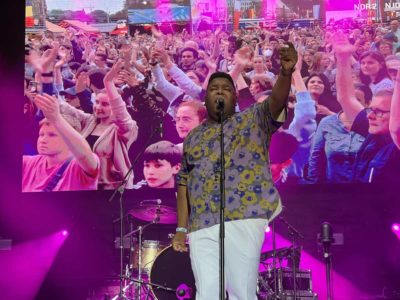 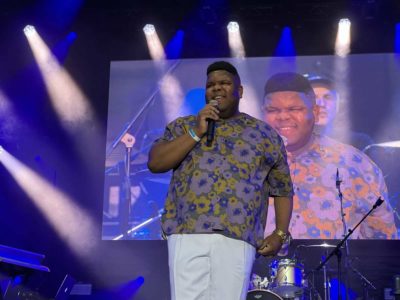