In the Prinzengarten Kiel with a view of the Kiel shipyards on the other side of the fjord: shipyard worker bronze sculpture by the Kiel sculptor Walter Rössler.

The sculpture of a shipyard worker was erected in 1959. The sculptor Walter Rössler was commissioned to create a memorial for the Kiel shipyard workers who worked in shipbuilding on the east bank of the Kiel Fjord. At the time, the Kiel shipyards were largely responsible for the rapid rise of Kiel to become a major German city. And with the appointment as a Reichskriegshafen, the focus of the shipyards was primarily on maritime armaments production for many years. But it was precisely this industry that made Kiel a target for opponents of both world wars. Especially, of course, in World War II. Civil shipbuilding has been the focus in Kiel since the post-war period.

When the monument was erected in 1959, Kiel was still scarred by the air raids of the past war. Although the war was now almost 15 years over: Kiel Castle was still a ruin. The castle suffered severe damage during the air raids and finally burned down to the foundations after an air raid on January 4, 1944. The castle, prince’s garden and castle garden were only rebuilt in the 1960s.

The memorial, around two meters high including the base, is located on the staircase that runs from the wall to the castle at the junction. The Ostseekai is on the other side of the street.

Impressions of the shipyard workers monument by Walter Rössler 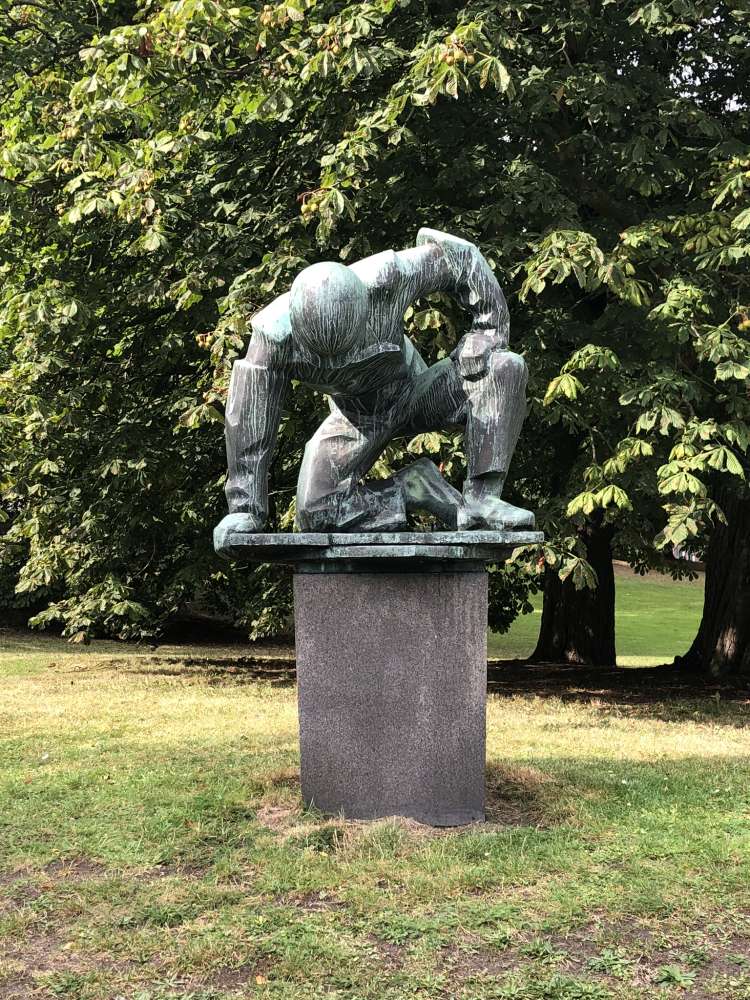 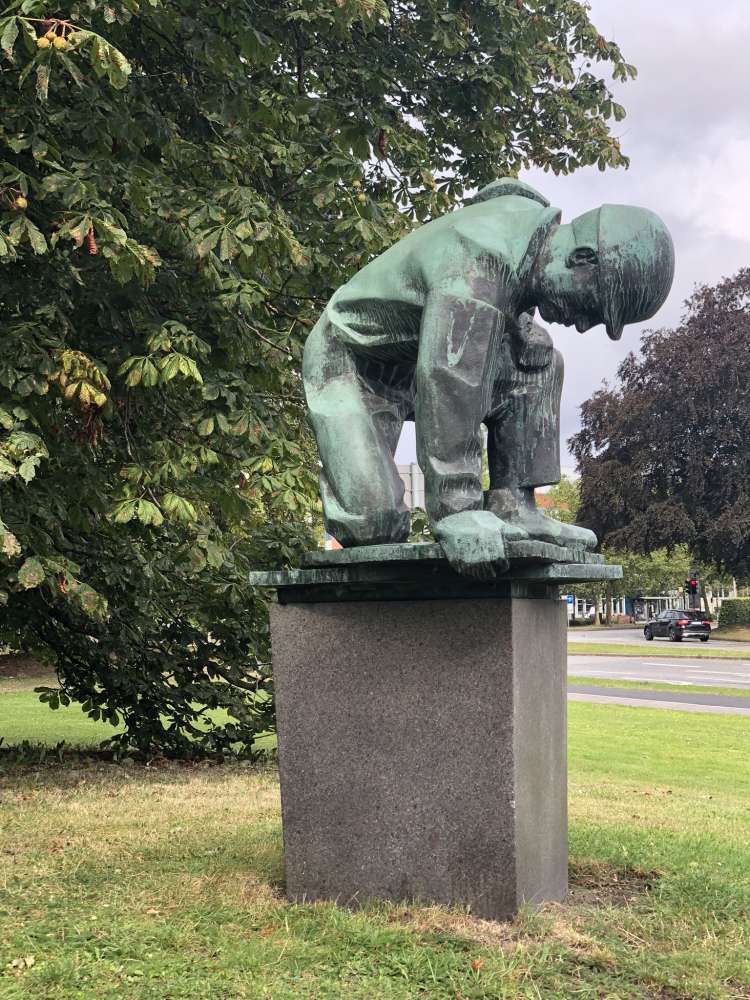 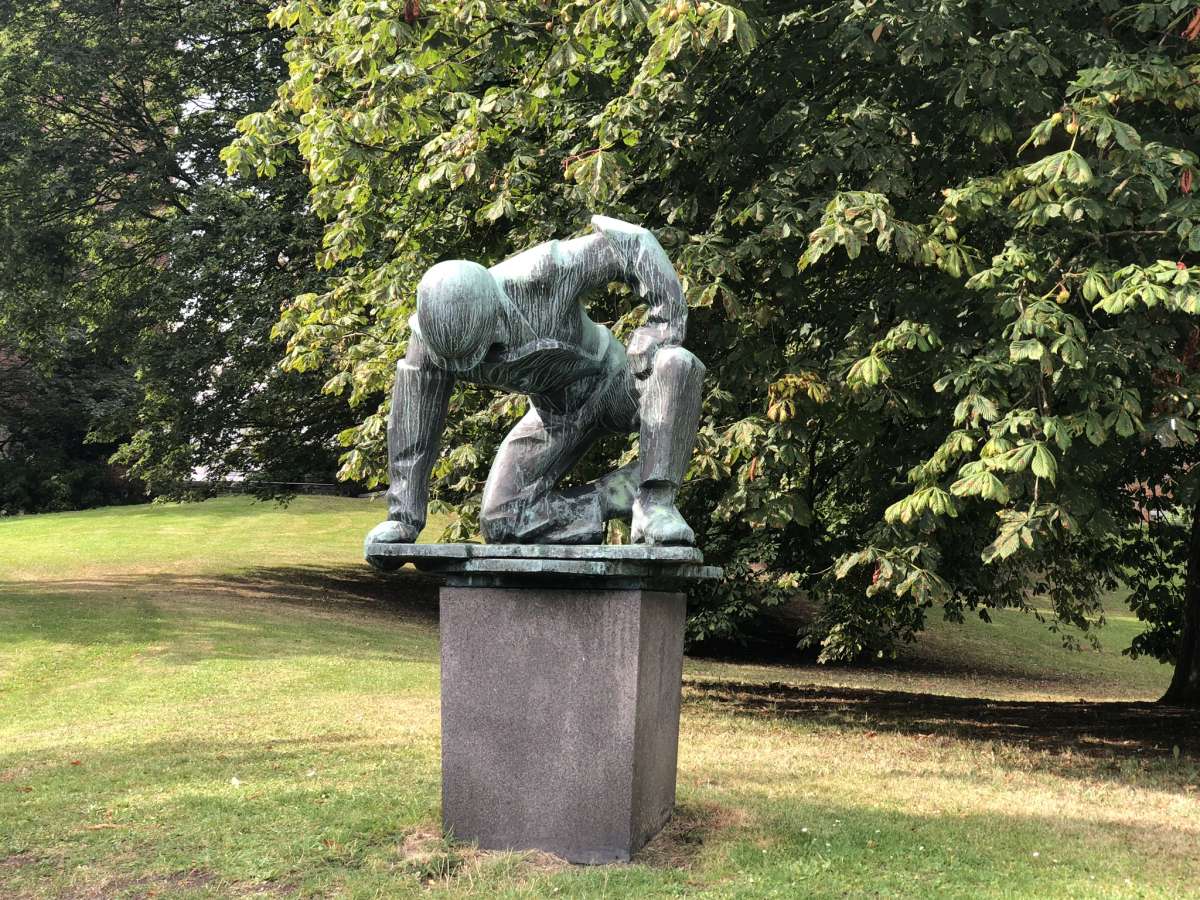 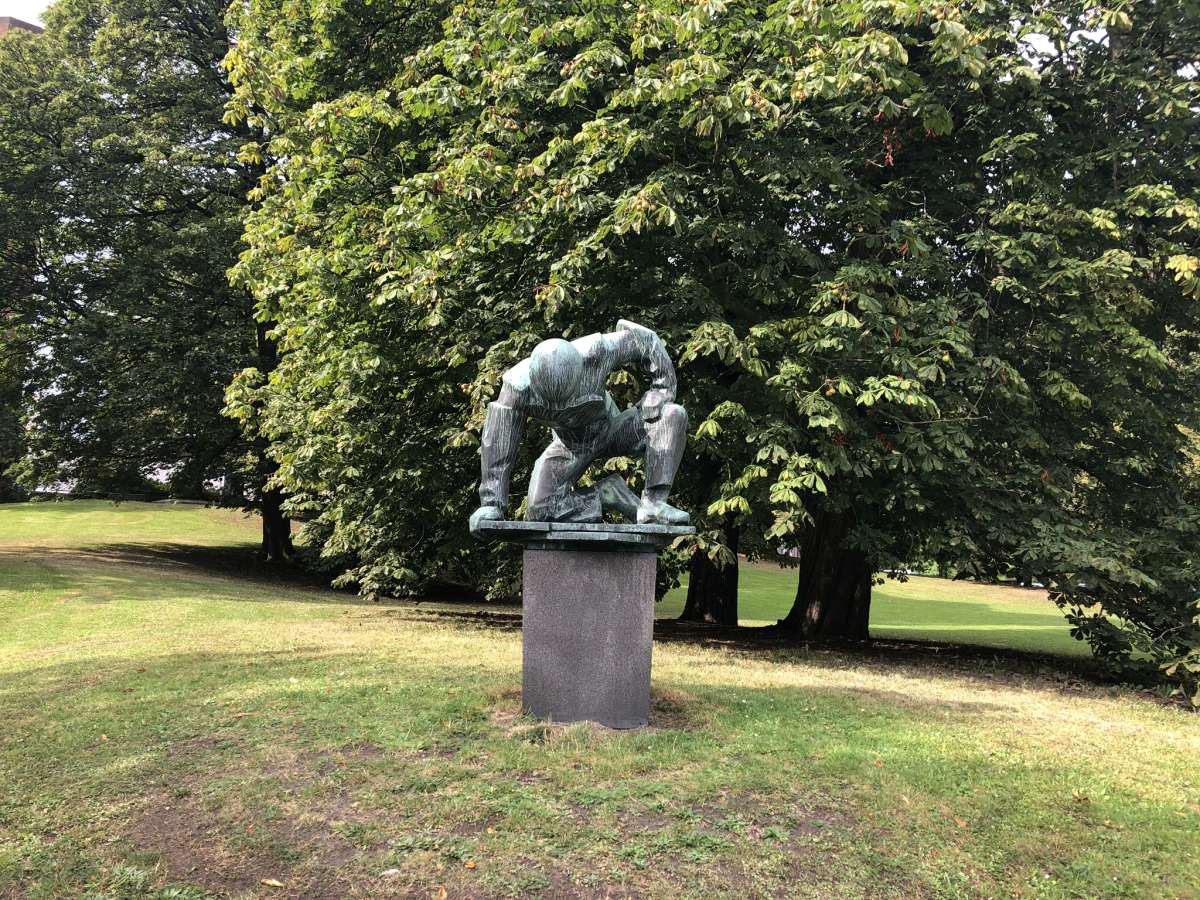 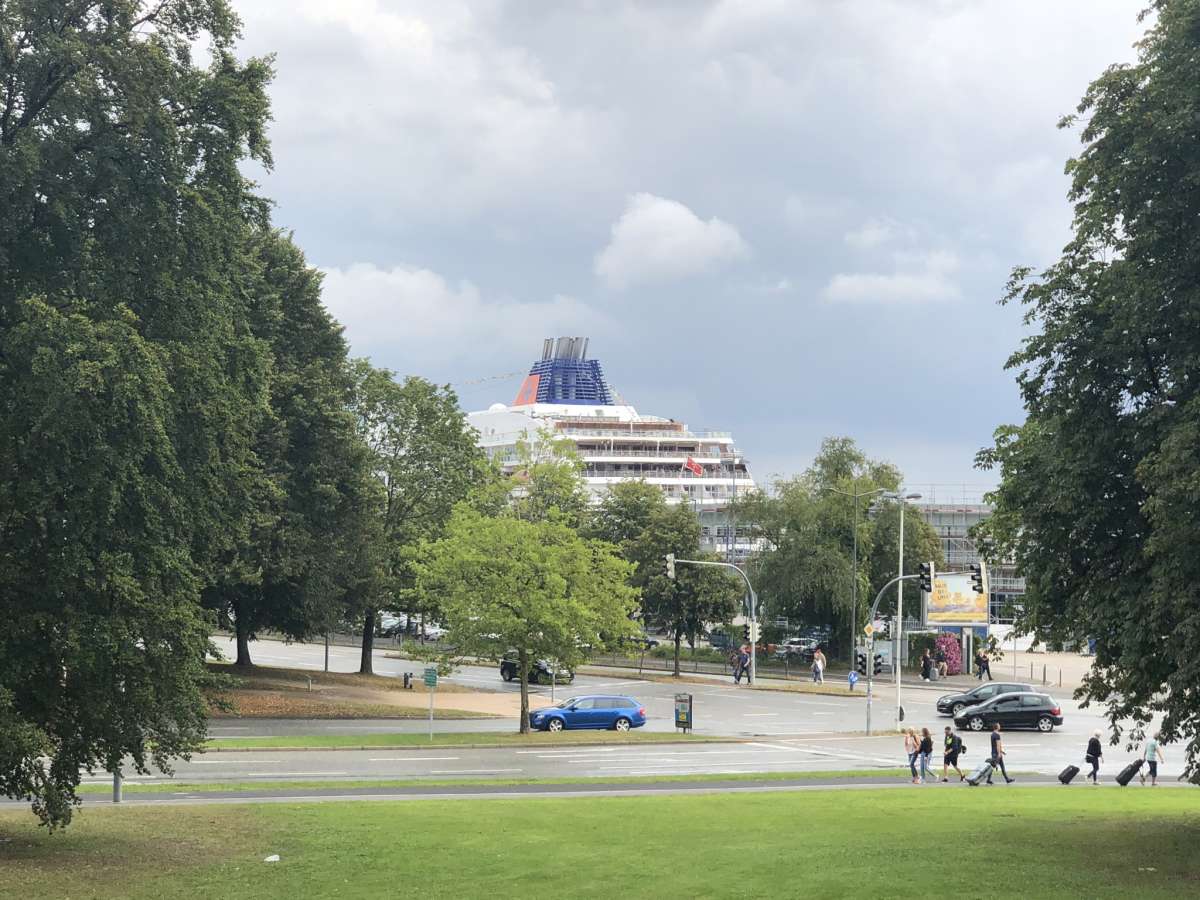 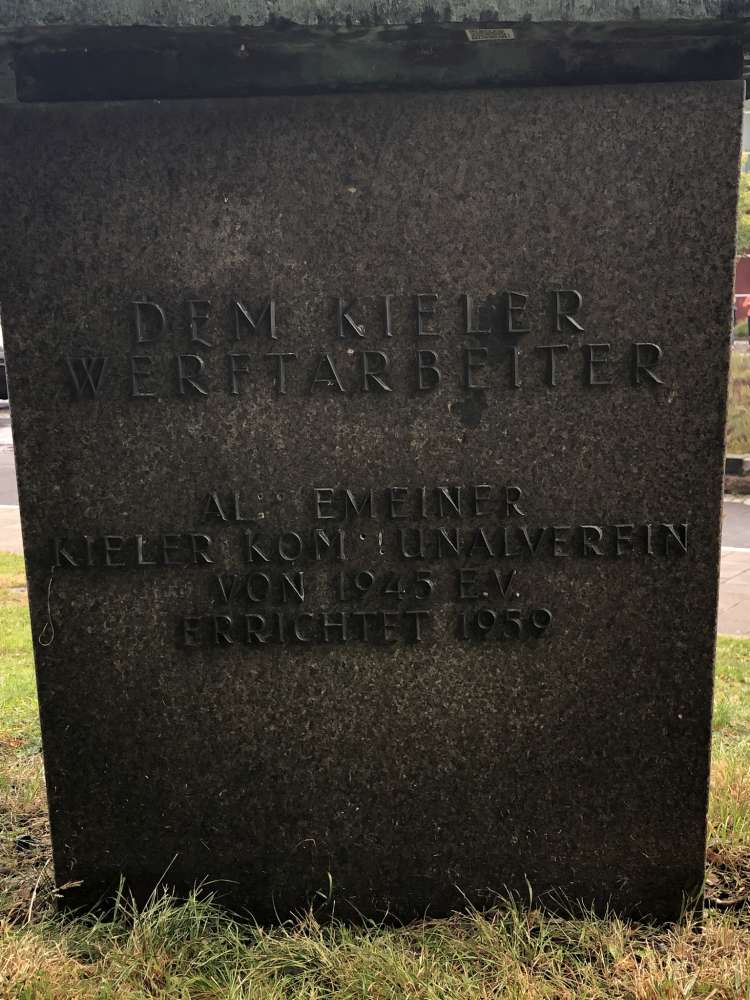 Here is the shipyard worker sculpture