That was the windjammer parade 2020 in September

That was the windjammer parade 2020 in September

Windjammer Parade 2020 in Kiel on the fjord on September 12, 2020 – The parade also took place this year. The windjammer parade was led by the sailing ship Alexander von Humboldt II.

Normally Kiel Week and the Windjammer Parade take place at the end of June. But due to COVID-19, it was already decided in March that the Kiel Week should also take place in 2020, but only in September. The focus of this year’s Kiel Week was clearly on the sailing competitions on the Kiel Fjord. In addition, there were a few events, including concerts with very few spectators and live broadcasts of these concerts on large screens in various event areas. Everything, of course, in compliance with the applicable distance and hygiene rules.

Windjammer parade for everyone

And it was also clear early on that the windjammer parade would also take place in 2020. The parade with numerous traditional sailing ships, historic ships and many many other sailing ships and boats is the maritime highlight of every Kiel Week. That’s how it was again this year, although there were slightly fewer spectators on the Kiel Fjord than in previous years. But the weather also played along for the windjammer parade this Saturday. It was partly sunny and most importantly, it hadn’t rained during the Windjammer Parade in September.

There were also one or two changes to the process of the parade this year. For example, private sailors and their ships were included in the parade for the first time. The ships were divided into several groups, with the Alexander von Humboldt II leading the entire parade that year. She was followed by several groups, each group being led by a traditional sailor. The group lead ships included the sailing ships Thor Heyerdahl, Stortemelk, Zuiderzee and the Hendrika Bartelds. A total of around 400 ships took part in this year’s windjammer parade. 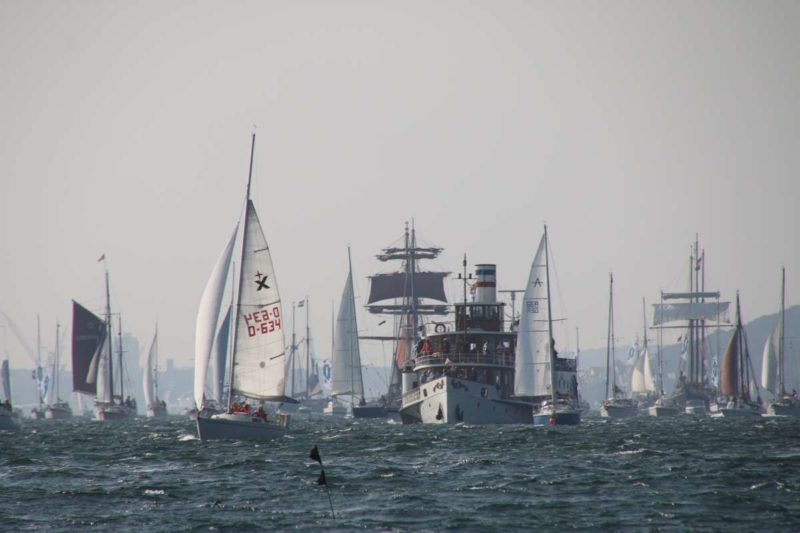 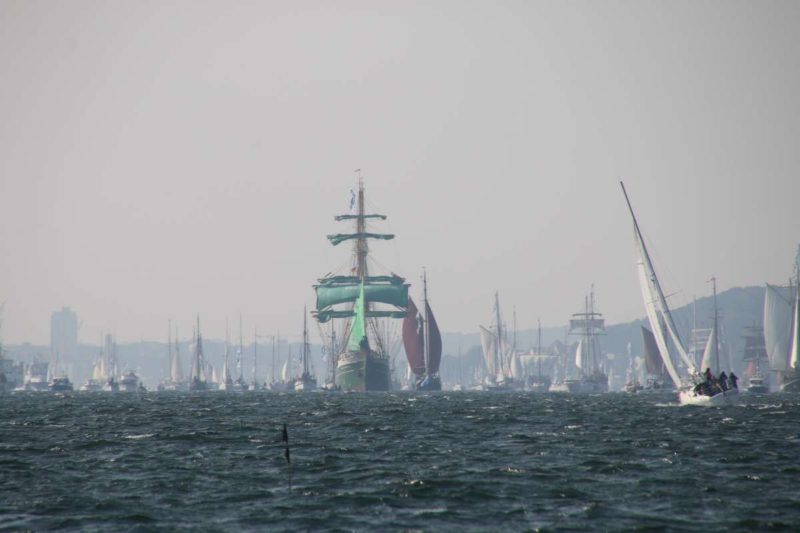 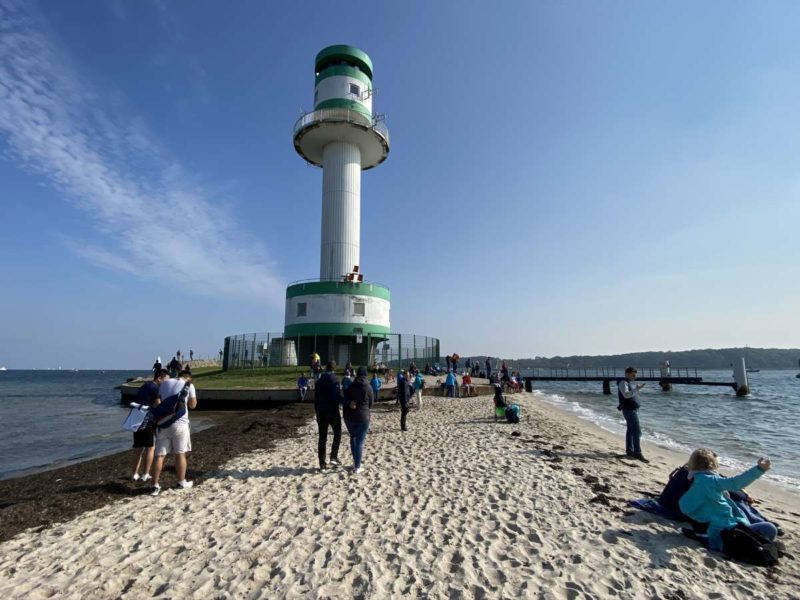 At a distance: Spectators of the windjammer parade on the Kiel Fjord

As here on the Falckensteiner Strand near the Friedrichsort lighthouse, numerous spectators came to the western and eastern banks of the fjord to watch this year’s windjammer parade. Sufficient safety distance was definitely maintained here on the beach. It certainly looked similar on the beaches in Laboe or Schilksee.