There was a lot going on in Kiel on German Unity Day, because this year’s Unity Festival took place in Kiel on October 3, 2019. Around 500,000 visitors were expected to attend the festival and of course Chancellor Angela Merkel, Federal President Steinmeier, Wolfgang Schäuble and Prime Minister Daniel Günther were also in Kiel for the occasion. And of course Kiel’s Lord Mayor Ulf Kämpfer.

On the morning of October 3rd, the politicians signed the golden book of the city of Kiel, the ceremony took place with a heavy police presence in the Kiel Maritime Museum, before a service in the Nikolaikirche followed and then an event in the Sparkassen Arena.

Due to numerous road closures in the city of Kiel, the quickest way to get from A to B on German Unity Day was by bike or, as in my case, to the Maritime Museum near the Kiel Fjord. Everything around the museum was cordoned off and of course you couldn’t get right into the Maritime Museum. But there was enough space behind the barrier to get a good view of the arriving guests in their large black limousines. The vehicles were accompanied by police cars and motorbikes. After signing the golden book, a group photo in front of the Maritime Museum with the Kiel Fjord in the background was on the agenda.

And then everything went very quickly: Everyone got back into their car, easy to recognize by their number plates, the next destination was the Nikolaikirche.

Photos of the Kiel Maritime Museum on Unity Day 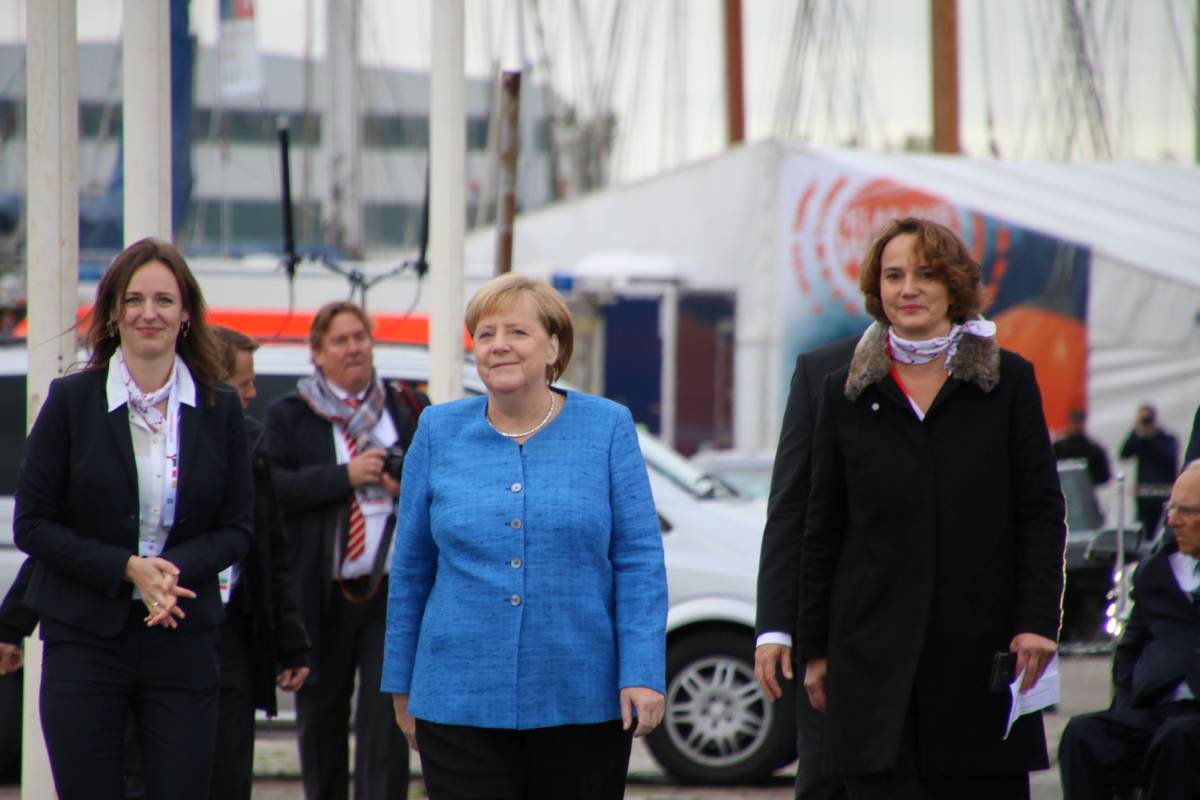 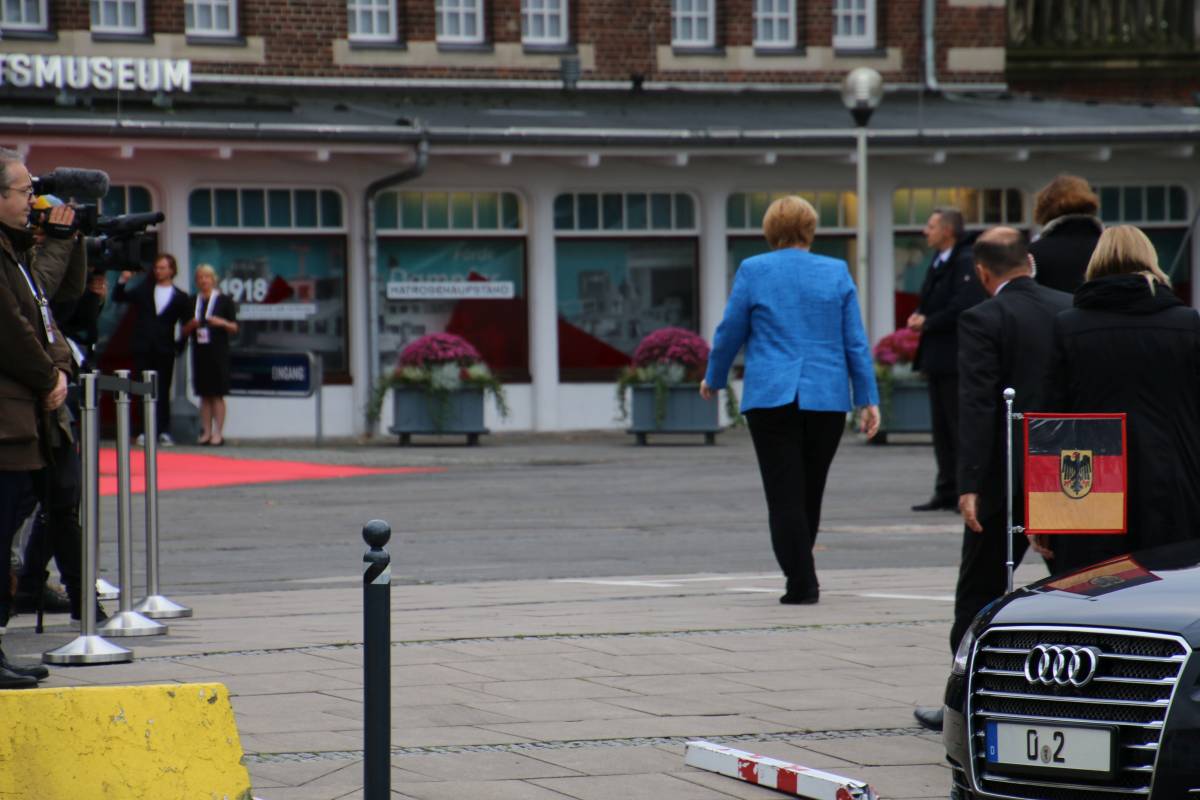 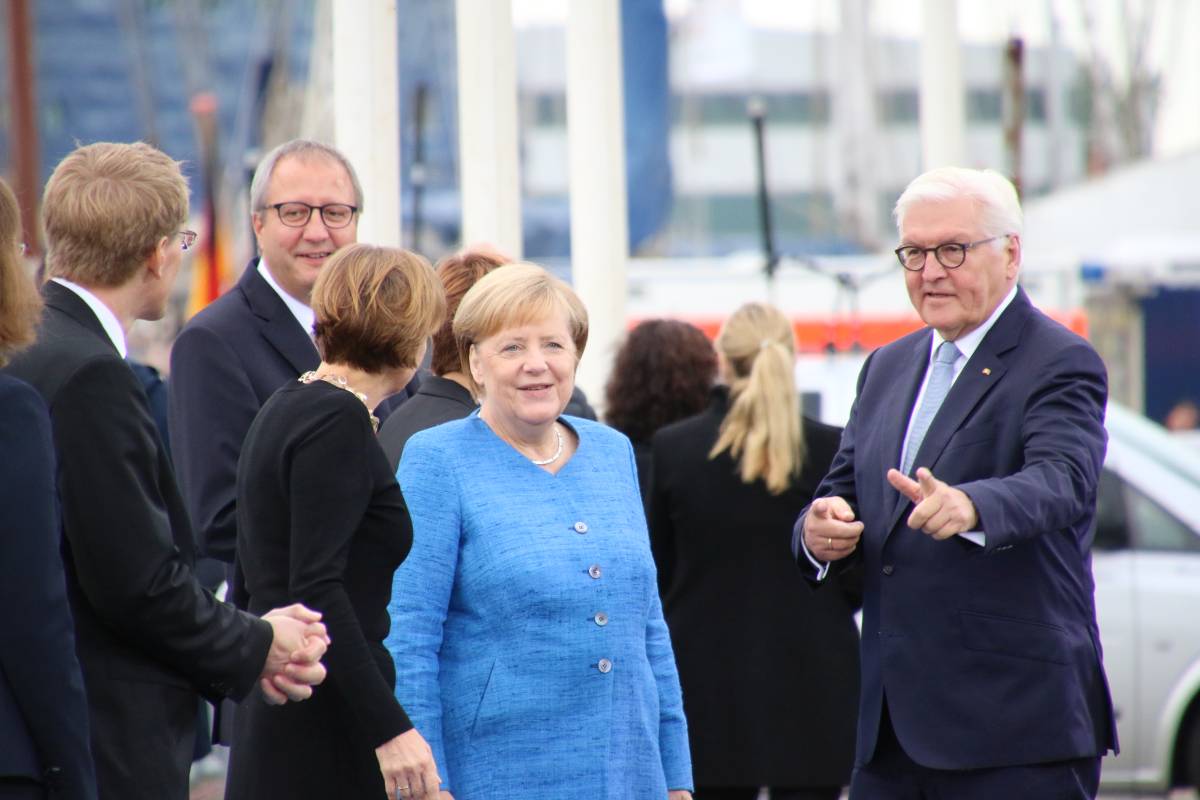