Kiel Week 2020: Can KiWo take place in September? After the event was postponed from June to September 2020, there are now big question marks again.

Yesterday, Wednesday, the federal and state governments agreed that all major events nationwide will initially be prohibited until August 31, 2020. The tricky thing is that this currently decided ban on major events is very close to the planned date of the Kiel Week, which the organizers want to start on September 5th, 2020. But what happens if the ban on major events is extended beyond August 31? Even an extension of just one more week would be enough and the Kiel Week 2020 could not start on September 5th. Planning security looks different. And that not only affects the organizers, but of course everyone involved. Sailors and other athletes from all over the world will take part in the various competitions and events. Boats, equipment and, last but not least, the athletes themselves must get to Kiel without too much difficulty or detours. Stand operators will need additional staff and, of course, goods that are to be sold at Kiel Week.

By the way, the Hanse Sail Rostock 2020 has already been completely canceled due to COVID-19. The largest folk festival in Mecklenburg-Western Pomerania takes place every year in August, but was canceled for this year without replacement. And the Oktoberfest in Munich, which is planned from September 19th, 2020 to October 4th, 2020, may also be threatened with cancellation.

Concerts with thousands of spectators at Kiel Week 2020?

For many visitors to Kiel Week, the real highlight of the event is not the sailing competitions on the water, but the free concerts. Last year, more than 400 concerts took place at the Kieler Woche, on small stages with a manageable number of spectators and with thousands of spectators. For example at the concert by Johannes Oerding at the Hörn in Kiel on the Hörnbühne. Can or rather should concerts of this kind take place at Kiel Week 2020? 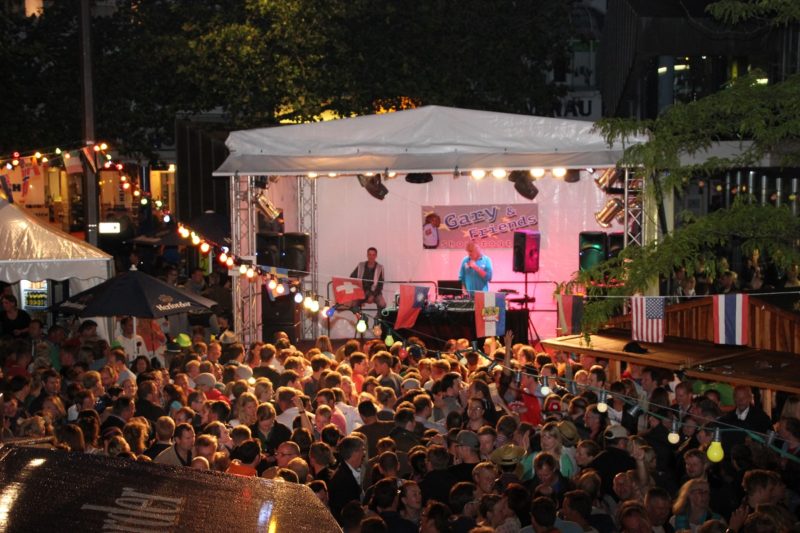 Incidentally, the same applies to many other events during Kiel Week, which are otherwise attended by a particularly large number of spectators year after year. These include, for example, the fireworks at the end of Kiel Week or the open day (Kiel Week Open Ship) in Tirpitzhafen Kiel, the naval base in the Wik. 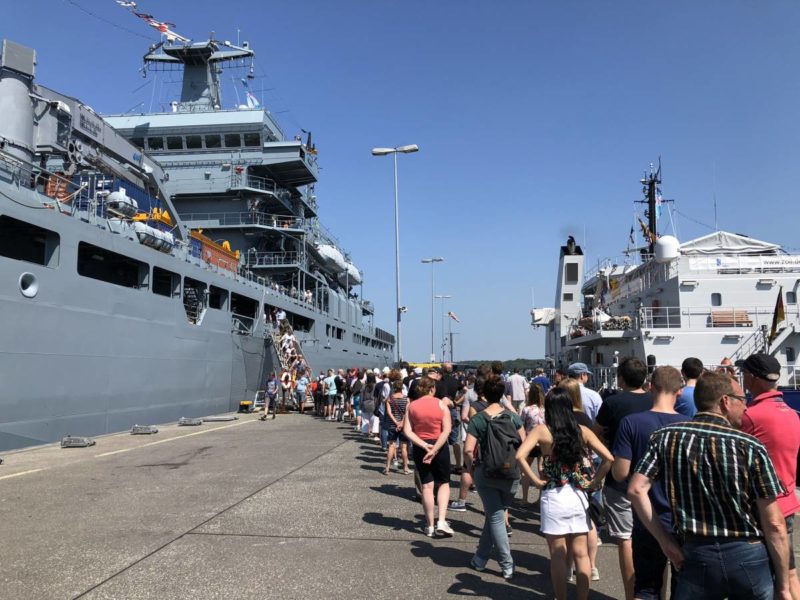 Long lines at the ships at the Open Ship in Tirpitzhafen

Kiel Week 2020: Sailing regatta without a folk festival and concerts?

Another alternative for the Kiel Week 2020 would be possible, even if it is difficult to imagine. A Kiel week with only sailing competitions and without a folk festival, fireworks, concerts and other events where a large number of people could get too close.