Accident on the Kiel Canal: A freighter crashes into the closed lock gate of the Holtenau lock. Now only one of the two lock chambers is still in operation.

On Saturday morning, the almost 90 meter long freighter “Else” drove into the closed lock gate of the north chamber of the Kiel Canal in Kiel Holtenau and severely damaged the gate. Coming from the Baltic States, the freighter wanted to pass through the Kiel Canal on its way to France, but the onward journey will be delayed somewhat. Because the ship bored into the lock gate and got stuck in the lock construction for several hours. It was only after more than five hours that the ship, which was also damaged by the accident, and the lock gate in Holtenau were separated from each other by tugboats, who towed the ship to a nearby shipyard.

It is not yet clear how the accident could have happened. However, it is already clear that the damaged lock gate must be repapered in any case. To do this, it must be removed, but there is a problem. The Holtenau lock has not had a functioning replacement gate since 2018. Most recently, in February 2018, a freighter drove into a closed lock gate in Holtenau and caused millions of euros in damage. 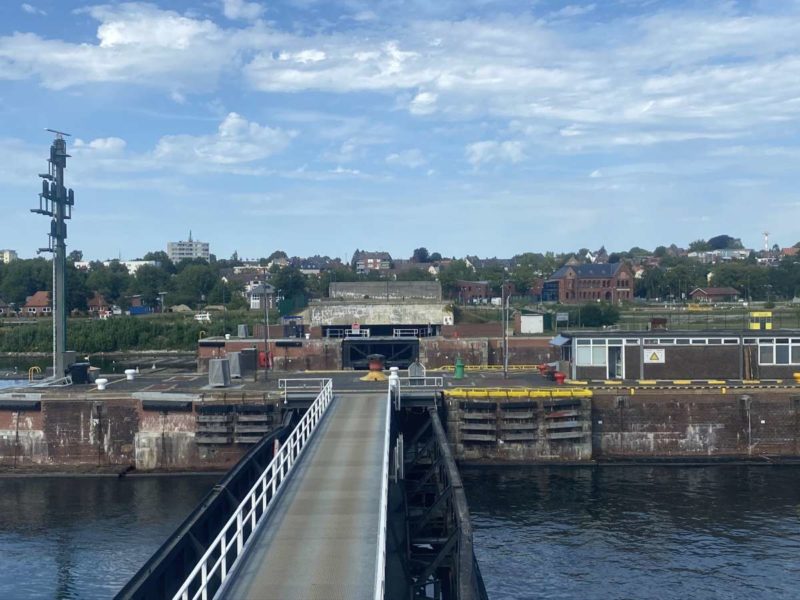 Update on the accident: Freighter drove against the lock gate without a pilot

A possible cause seems to have been found just one day after the accident: The freighter approached the lock system of the Kiel Canal without a pilot on board. Ships normally have to wait in front of the lock chamber until a pilot comes on board. Only then may the lock and the Kiel Canal be passed. However, this did not happen in this case.

By the way: From the Kiel-Wik lock viewing platform, you can observe shipping traffic on the Kiel Canal and the Holtenau lock system 7 days a week.