The cruise ship AIDAcosma has arrived in Kiel. The newest ship from AIDA Cruises docked at the Ostseekai cruise terminal in the state capital on Friday morning.

Actually, the 2022 cruise season in Kiel has not even started yet, but the port of Kiel can already report the arrival of the 337 meter long AIDAcosma in mid-February as the first cruise ship call of 2022. The AIDAcosma was only handed over to AIDA Cruises in December 2021 by the Mayer shipyard in Papenburg. The first AIDAcosma cruise will depart from Hamburg on February 26. The ship christening is also to take place in Hamburg, probably on April 9th, 2022.

It was not actually planned that the AIDAcosma would moor in the state capital of Kiel in February 2022. However, due to the current weather situation and sometimes difficult weather conditions at sea, the shipping company AIDA Cruises decided a few days ago to send the cruise ship on the voyage from Bremerhaven to Kiel. It is planned that the AIDAcosma will now be a guest in Kiel for five days and will probably leave the Ostseekai again on the evening of February 23, heading towards Hamburg. 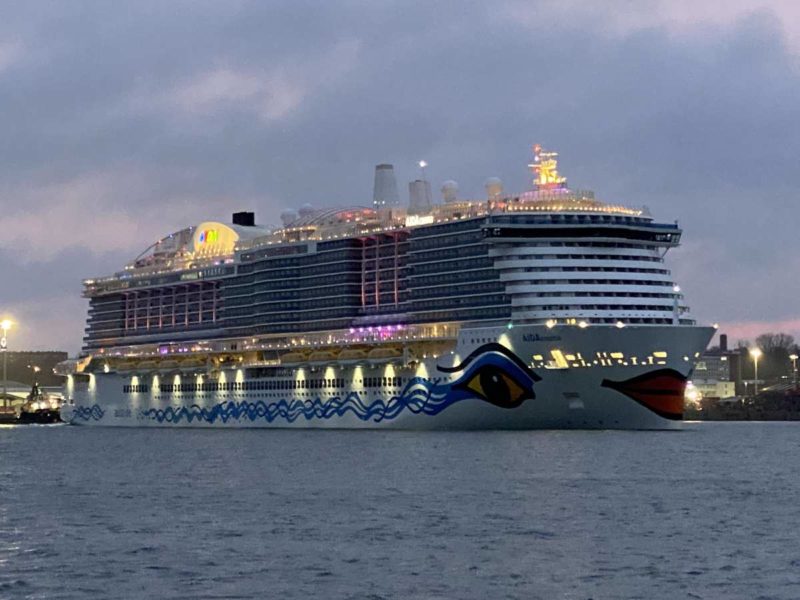 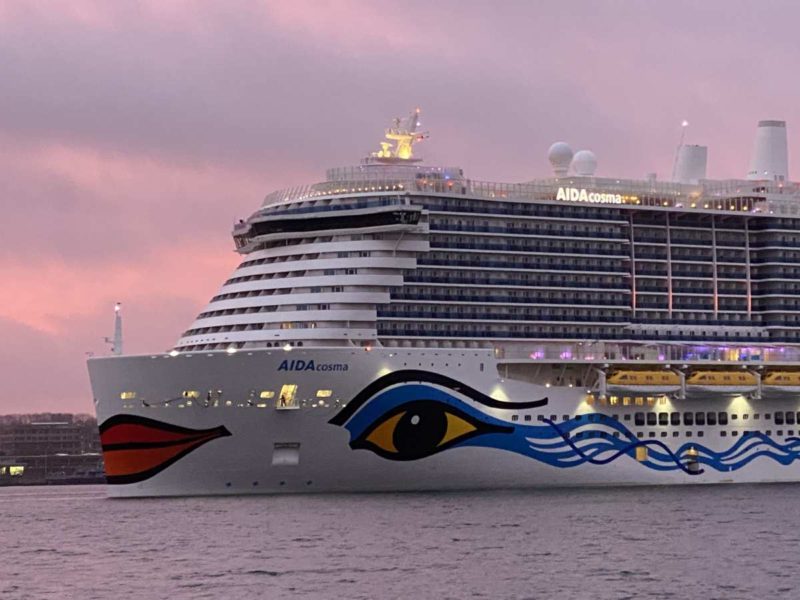 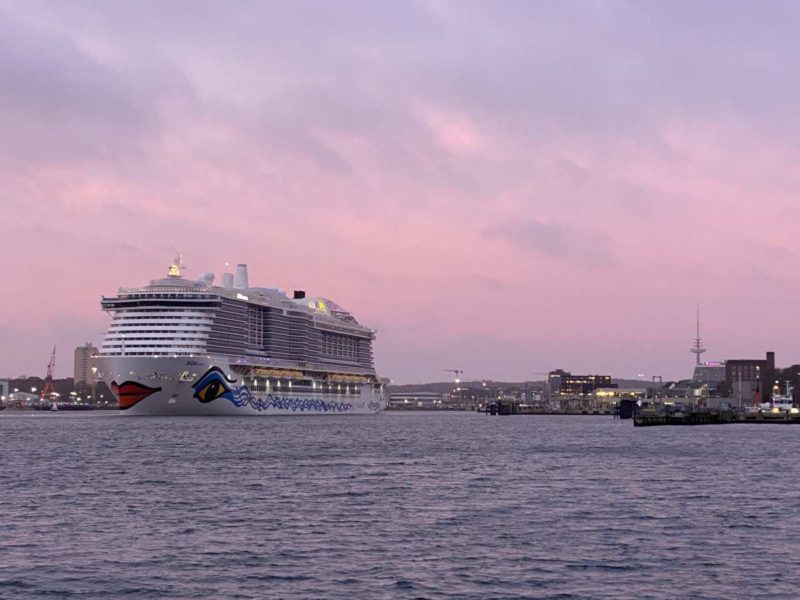 AIDA first call in Kiel: AIDAcosma in the Kiel Fjord on February 18, 2022

Cruise ship maiden calls are always a big event for many. So it is not surprising that before 7 a.m. photographers and ship fans were already along the Kiel Fjord, for example at the Falckensteiner Strand at the Friedrichsort Lighthouse or, as here, on the Reventlou Bridge on the Kiellinie, to watch the cruise ship AIDAcosma make its first call in Kiel to be photographed or filmed on 02/18/2022.