Baltic Sea resort of Strande near Kiel: Winter & ice in Strander Hafen with glorious sunshine in mid-February 2021 on the Baltic Sea a few days after storm Tristan.

Due to its proximity to Kiel and its location directly on the Baltic Sea, Strande is almost always a popular destination. The Baltic Sea resort borders on the Schilksee district of Kiel and even on foot or by bike you can get from Kiel-Schilksee or from the Schilksee Olympic Center along the path along the Kiel Fjord to Strande in the Rendsburg-Eckernförde district within a few minutes. Here in the Baltic Sea resort there were also unusually high waves and ice-cold wind just a few days earlier with winter storm Tristan.

Now the storm is over and the sun is shining again. Blue sky and almost no wind. A fish roll or a warm drink at the harbor or on the beach promenade in Schilksee, for example, goes well with this. At least that’s what some thought on this Sunday and that’s why the Baltic Sea resort of Strande was very well visited today.

In addition to sunglasses, warm winter clothing was also recommended. The thermometer was slightly below zero, but it was a very pleasant Sunday afternoon here on the Baltic Sea. Here and there you could still see some ice, for example on the lanterns near the water, on the jetties and on the stone moles in the harbor area. Parts of the port were covered with a light layer of ice where the ships were moored.

Winter impressions of the Baltic Sea resort of Strande 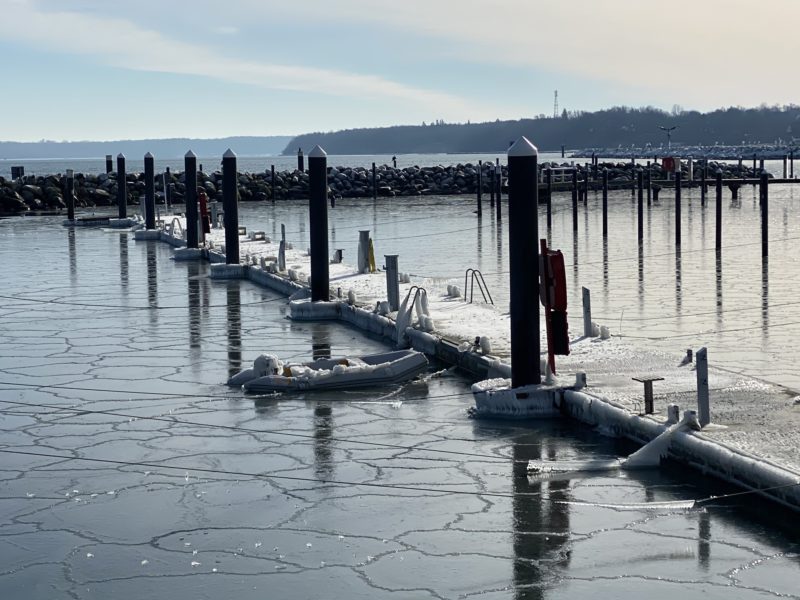 Ice in the port of Ostseebad Strande 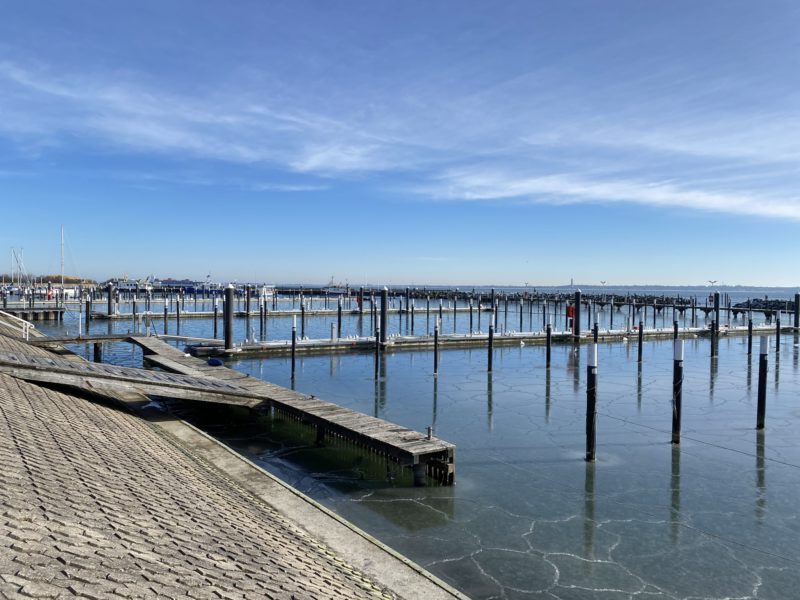 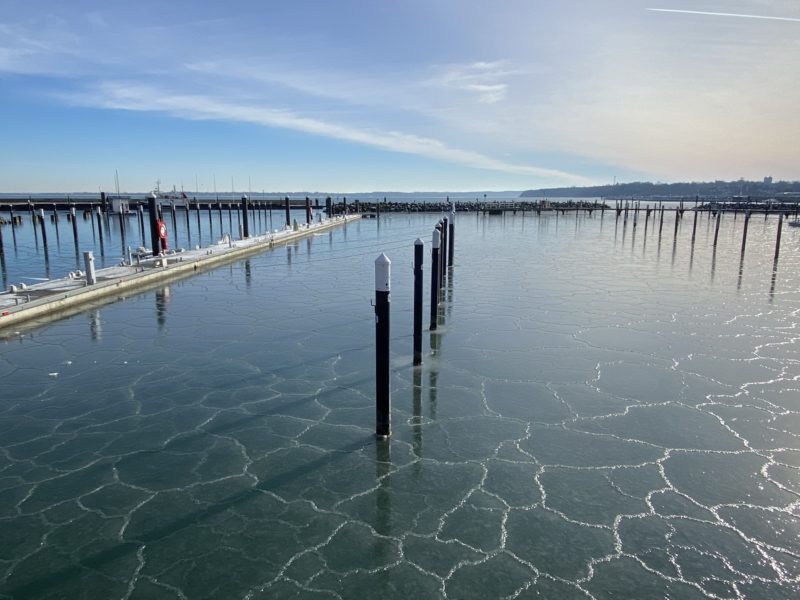