Rush of visitors on the Baltic Sea beaches at the weekend

Home/Beach, General, Kiel area/Rush of visitors on the Baltic Sea beaches at the weekend
Previous Next

Rush of visitors on the Baltic Sea beaches at the weekend

Rush of visitors on the Baltic Sea beaches at the weekend: No free parking spaces in Dänisch-Nienhof and on the Stohl cliff on Sunday, February 21, 2021.

Going to the Baltic Sea at the weekend? An unusually large number of day tourists put this plan into practice this weekend. Because the weather was unusually good with temperatures in the double-digit range, especially after the past few weeks with storms, snow and ice. In addition, numerous corona restrictions and restrictions still apply. And so came what had to come: There was a lot going on on almost all the beaches along the Baltic Sea around the state capital. For many beach areas just too much, because by noon most of the parking spaces were already fully occupied. This is what happened in Stohl, for example. The small parking lot on the steep coast was already fully occupied shortly before 12.00 p.m. on Sunday. And the situation was similar a few kilometers further in Dänisch-Nienhof. Roughly speaking, the beach at Dänisch-Nienhof in the municipality of Schwedeneck, halfway between Kiel and Eckernförde, is also popular with day tourists. But here, too, the rush of visitors on February 21st was as high as in the summer during the main season. Here, too, all available parking spaces were quickly occupied. Vehicles arriving later were quickly parked in the second row, in the no-parking zone or in private parking lots. For the residents of these towns along the Baltic Sea coast, this February weekend must have felt like a typical midsummer weekend.

Danish-Nienhof Beach, Surendorf Beach, Falckenstein Beach and, of course, on the other side of the Kiel Fjord, at Schönberg Beach or Laboe Beach, almost all of them were extremely well attended. 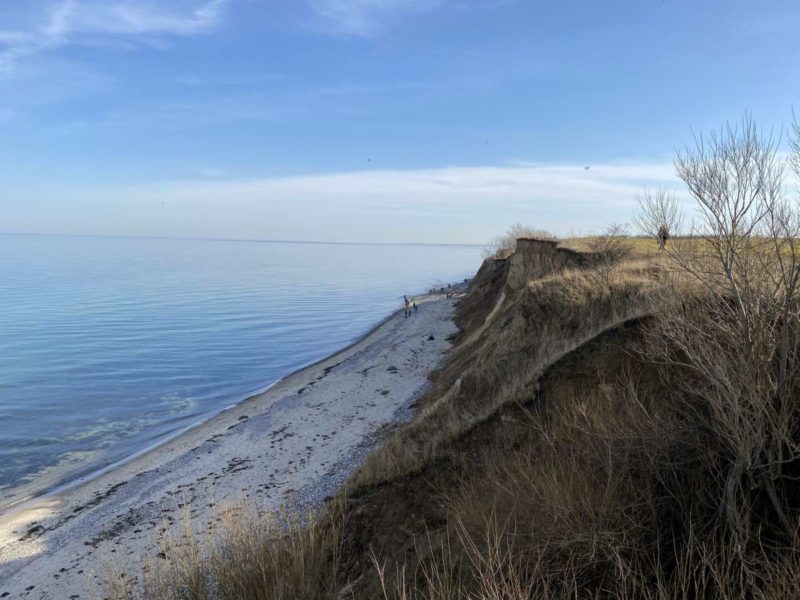 15 degrees and sunshine on the Baltic Sea beach in February

After a sometimes nerve-wracking search for a parking space, however, relaxation followed on the Baltic Sea beach. Sunshine, pleasantly warm temperatures and only a very light wind at the sea. It was definitely bearable. Hat, scarf or thick winter jacket was not needed. The most important accessory here was definitely the sunglasses. And of course the camera or smartphone. 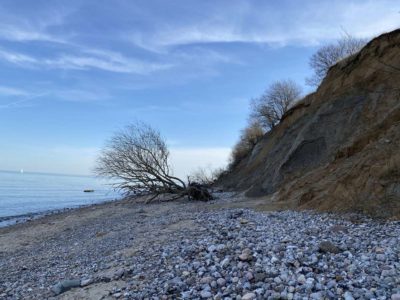 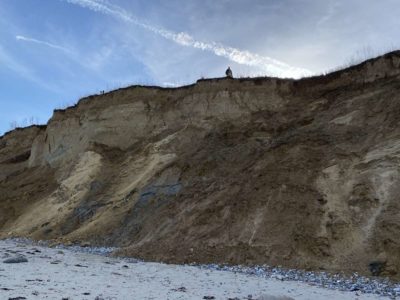 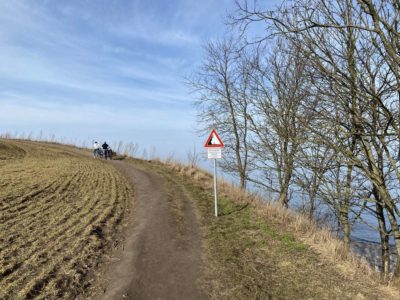 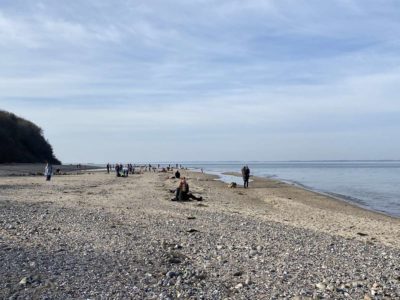