Holstein Kiel – 1. FC Köln relegation game Kiel fans in front of the Holstein Stadium on May 29th, 2021 in glorious sunshine, but with a happier ending for the people of Cologne.

Too bad Holstein, unfortunately that didn’t work out on Saturday. Nach dem ersten Relegationsspiel am Mittwoch in Köln, das die Störche mit 1:0 gewonnen haben, war das Tor zur 1. Bundesliga wide open and within reach. But things turned out differently, Holstein Kiel lost 5-1 to 1. FC Köln and will remain in the 2nd Bundesliga for the coming season.

In contrast to last weekend, when Holstein Kiel played against Darmstadt on May 23, 2021 in the last game of the 2020/2021 season in the Holstein Stadium, the entire area around the stadium forecourt and the Shell gas station was cordoned off. All fans have been checked. Alcohol, bottles and prohibited items were not allowed on board. This time there was no fog or pyrotechnics in front of the stadium in the relegation game against Cologne. Numerous law enforcement officers from the city and private security services ensured a smooth and peaceful evening in front of the Holstein Stadium. The police were also present with numerous emergency services, but had almost no reason to intervene in front of the stadium.
Even if it unfortunately didn’t work out in the relegation against Cologne: Cheer up Holstein, it was still a fantastic Bundesliga season 2020/2021 and on top of that there was the win against Bayern Munich in the DFB Cup.
And most of the Holstein fans saw it the same way. Although the game was lost, there was applause for the team and coach Ole Werner for several minutes after the game. Thank you Holstein for the great season! And when the new 2021/2022 season begins, it will be in the 2nd Bundesliga against Schalke, HSV, Werder Bremen, Hannover 96…. 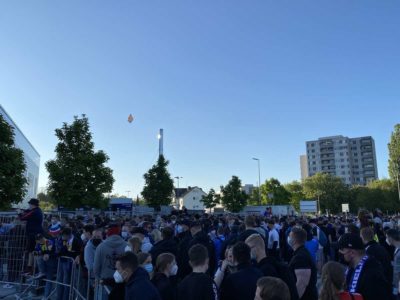 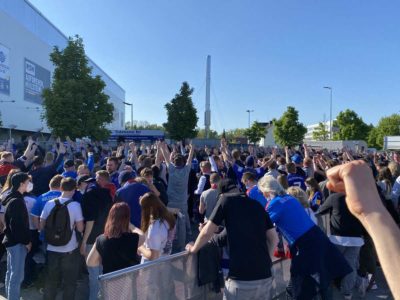 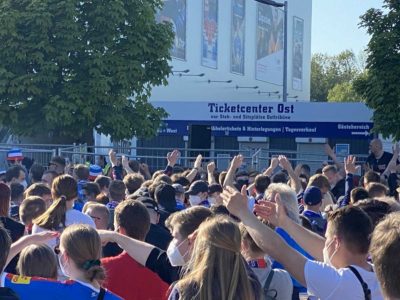 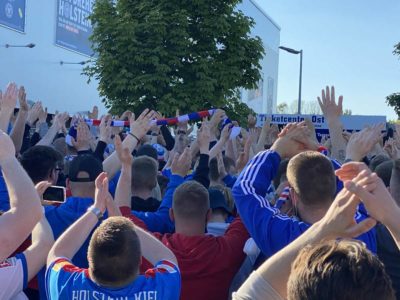