Home/General, Ships, Wik/Kiel Canal closed to ship traffic for several hours after the accident near Rendsburg
Previous Next

184 meter long tanker in the canal with problems: Kiel Canal closed to ship traffic for several hours after the accident near Rendsburg on Tuesday morning.

On February 8, 2022, there was an accident in the Kiel Canal. The Hafnia Torres, an oil tanker 184 meters long and 27 meters wide, had blocked the channel for several hours. Accordingly, the anchor chains of the ship had twisted into each other. It was only with the help of the tugboat Parat and a crane that the Hafnia Torres, coming from Antwerp and bound for Primorsk in Russia, was finally able to push a little further to the edge of the canal and then untangle the anchor chains again. 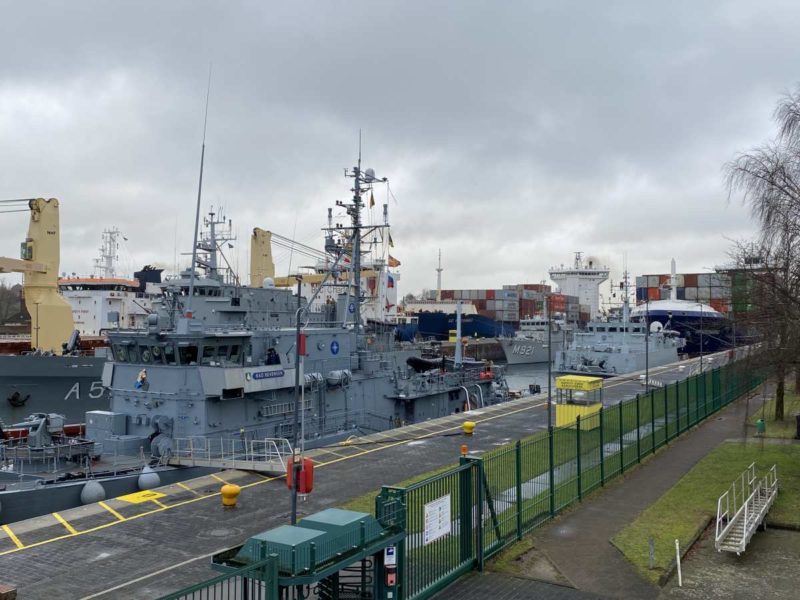 Traffic jams at the locks in Brunsbüttel and Kiel-Holtenau

Because the canal was closed to shipping for several hours as a result of the accident near Rendsburg, there were sometimes delays at the locks. Fortunately, the Kiel Canal was reopened to ship traffic around 12 p.m. But even a few hours later, in the early afternoon, at the canal lock in Kiel-Holtenau, for example, there were a few more ships than usual in the lock chambers and ready to pass through the 98-kilometre-long Kiel Canal.

Due to the accident in the morning, one could watch a little more ships than usual passing the lock on Tuesday afternoon from the Kiel-Wik lock viewing platform. Four naval ships also passed the Kiel Canal on Tuesday.

Many ship in the Kiel Canal lock